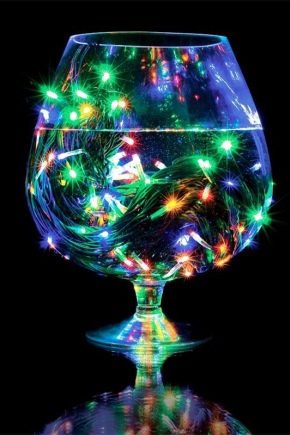 Children and adults are waiting for the New Year's miracle, which is why many people think about decorating their own courtyards. A truly New Year's atmosphere is difficult to create without bright flickering LED garlands that fill the space with the mystery and charm of magic. For facades cold resistant options are recommended. 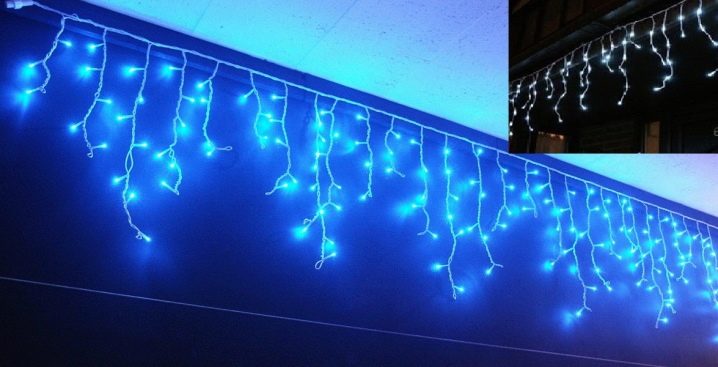 The new year is celebrated for many centuries. Even in the Roman Empire it was customary to decorate the streets with flower garlands before the holidays. Many Catholic countries have adopted this tradition and adhere to it until now, only instead of flowering plants, avenues and streets are decorated with mistletoe garlands.In Germany they went further, they invented wreaths with shining lights that were hung on the doors of houses and window openings, and from there this experience was quickly adopted by all the other countries of the Old and New Worlds. 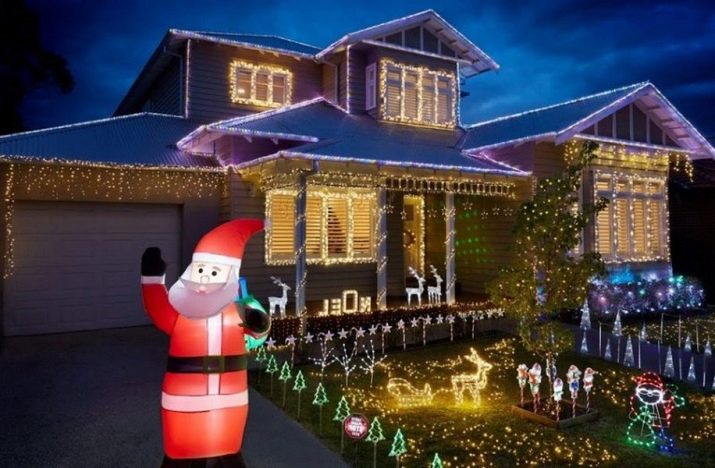 Electric garland was invented more than 120 years ago, it was invented and presented by physicist Edward John in 1882., and already in 1906 the first tree in Europe appeared, decorated with lights. It happened in Finland, and after 32 years, this tradition has passed into our country. Nowadays, it is already difficult to imagine New Year's days without elegantly decorated streets, facades of houses, shop-windows of commercial premises and trees. Every year, the decoration of the streets becomes more refined and original, today there are not uncommon luminous compositions on the streets, “flickering” sky overhead and advertising banners decorated with a mysterious glow.

The tradition to decorate the buildings themselves appeared relatively recently, this happened after the owners of some stores began to hang garlands on their outlets. This attracted the attention of buyers to their products, but the idea turned out to be so beautiful and interesting that soon illumination began to appear on private houses and cottages.For a long time, the Russians were deprived of this pleasure, because we have much more severe winters than in Europe, and the garlands that are popular there simply could not withstand our cold weather. However, technologies do not stand in one place, and some time ago special frost-resistant LED-garlands appeared, which anyone can purchase.

The principle of LED for the street and at home is the same. However, street decorations are specifically designed to withstand fluctuations in temperature, precipitation and wind. They work up to -30 degrees, while neither falling snow nor rain can disable such lamps. 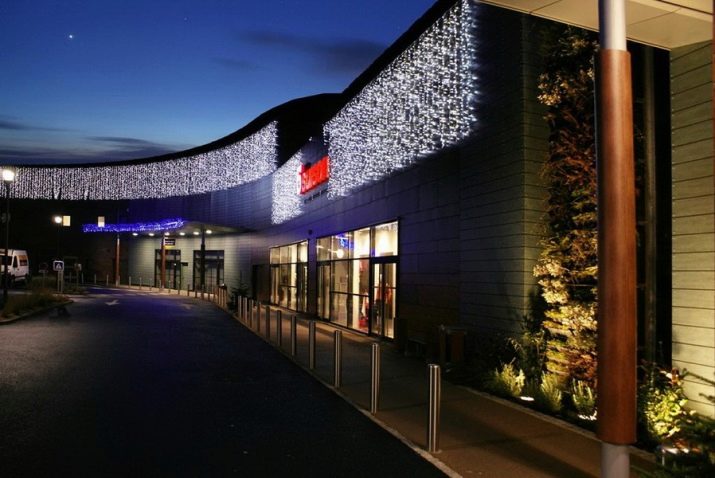 Cold-resistant LED lamps are distinguished by their long life., they can faithfully serve several seasons, while their work remains uninterrupted. The operational period of the LEDs is 4-5 times longer than that of conventional incandescent lamps. Many believe that such garlands are expensive, this is not true, such products are characterized by low power consumption, so the organization of the luminous facade does not hit the wallet a lot, but it will take a lot of pleasure.

LED bulbs are very bright, their light on the street is visible from afar, even a small garland illuminates the local area so that it does not need an additional light source. At the same time, consumers note the exceptional purity of the glow. The bulbs in such a garland are connected in such a way that the design continues to function even in the situation when one of the operating elements suddenly fails. This is the main advantage of LEDs in comparison with the usual incandescent lamps, which have a strictly consistent type of connection, which requires the absolute health of all parts. 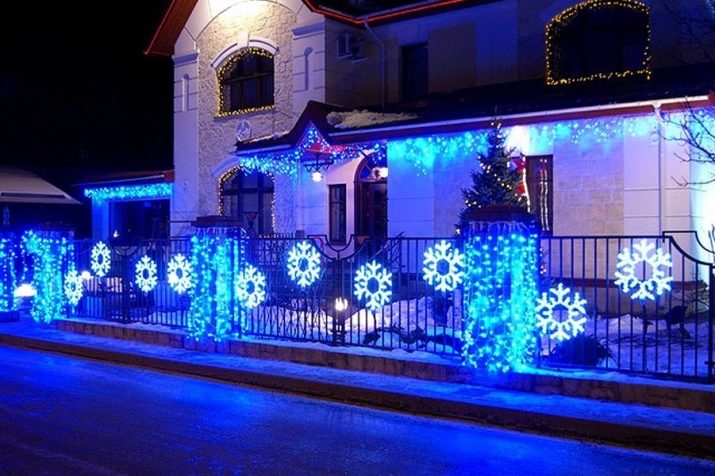 But creative people will like the fact that the LED garland can be decorated to your own taste: there is a chance to significantly change it using tinsel, as well as special nozzles made of plastic of various forms.

A lot can be said about the merits of garlands. However, one cannot do without a spoon of tar: in this case it is the price of the product. The cost of LEDs is much higher than traditional incandescent bulbs, however, this is more than offset by a long shelf life, the ability to work even with broken elements and low energy consumption.That is why, by overpaying once, ultimately you will get a hefty savings.

Of course, the high price causes low demand, so not in any store you can find such garlands. As a rule, only the largest supermarkets are engaged in their implementation. You can also try to find this jewelry through the Internet, however, in this case there is no guarantee that you will be able to change the product if you send a defective one. It all depends on the rules of the trading platform on which the transaction was made.

There are several reasons for the classification of street Christmas lights.

According to the method of nutrition, it is customary to distinguish the following types. 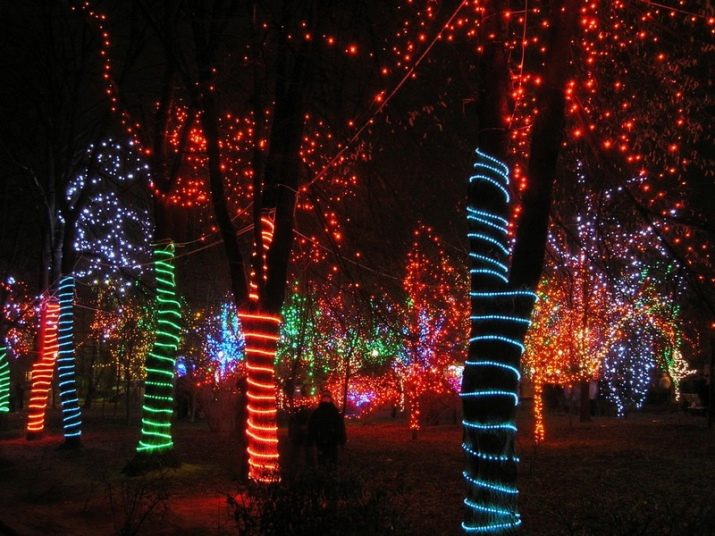 The third option is considered optimal, since the accumulation of energy occurs even in cloudy weather.

Depending on the configuration, there are several options.

Keep in mind that in such models, the wires are quite thin, fragile and can be easily damaged when mechanically damaged. That is why it is better to hang such a grid on flat surfaces - it is not suitable for decorating trees. Depending on the allocated light, the garland may have a cool white shade, or it may be colored - blue, red and yellow.It can be used to decorate buildings in retro style or to create stylish concise compositions. 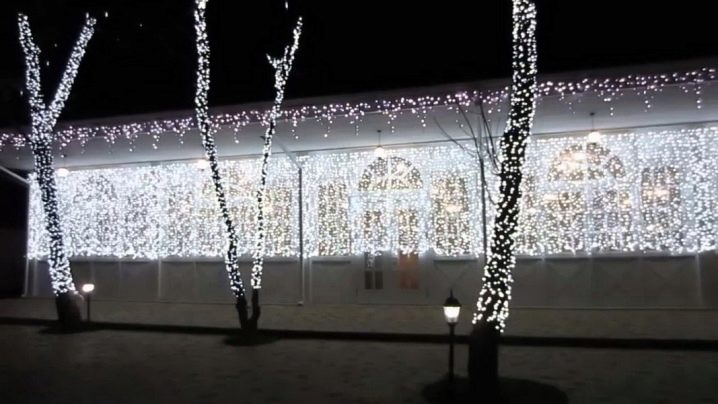 A special kind of street frost-resistant garlands is duralight. This decoration is a special tube with LEDs placed inside it, and the distance between the bulbs can vary from 12 to 27 mm. Depending on the type of cord, the garlands are flat and round. Duralight is most often used to create festive glowing inscriptions and figures, they are commonly used to decorate shop windows and billboards.

On the basis of the duralight, another original model of street lights was created, which is called “melting icicles,” here glowing threads hang from the pipe, but thanks to a special controller, they gradually fade away. Thus, from the outside it seems that the area of ​​the glow gradually decreases. As a rule, the number of icicles in one garland ranges from 5 to 10, while the distance between them is 10-50 cm. 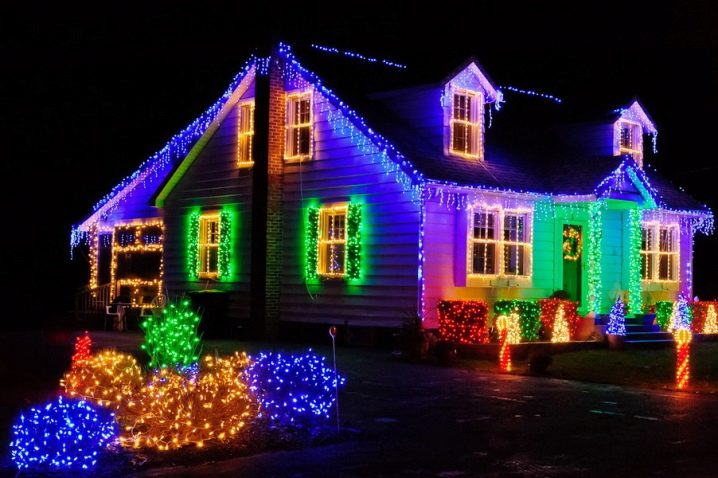 Duralight garlands are gradually conquering the facade decor market, confidently pushing aside all other types of garlands, as they are distinguished by unusual and stylish effects.At the same time, they are not suitable for decorating trees and rounded surfaces.

The device of street garlands reminds a design intended for premises. However, they have a number of important differences and the most important of them is related to the quality of the insulation. Frost-resistant street LEDs must be reliably protected from temperature extremes and harsh winter conditions, as well as from high humidity and prolonged precipitation. That is why the first thing you need to pay special attention to the quality of plastic, which is used to create a lamp housing. It is quite simple to distinguish high-quality material from low-grade material: a cheap one simply cannot withstand a temperature drop below the 20 degree mark and crack. 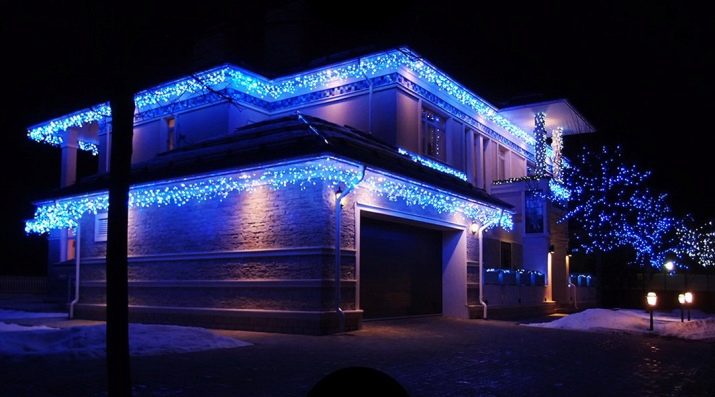 Unfortunately, being in the store, it is quite difficult to identify a fake. From the side, both expensive and low-quality plastic look exactly the same, so you should pay attention to the marking - G and R, as a rule, it is the guarantor of the authenticity of the product and causes a high frost resistance of the coating. It is even better to dwell on such LEDs, in which the body is made of rubber or rubber,Such coatings will not only significantly extend the shelf life of the product, but also increase the safety of its operation.

Frost-resistant LED festoon can be an acquisition that will quite significantly affect the family budget.The price of a product depends largely on its length: the shorter the cheaper. That is why try as accurately as possible to figure out what size garland you need. As a rule, depending on the manufacturer, it is produced in sizes from 5 to 20 meters, and if you wish, you can even find a product that reaches 50 meters in length. However, you can buy several small garlands and connect them with each other using special connectors that allow to collect devices in a single chain.

It is very important that the garland is waterproof, the principle here is the simplest: if the construction has additional protection against water, then the package always indicates the letter N so that the voltage in it is stable. If this cannot be ensured, even the most expensive and high-quality garland can quickly fail in the case when the voltage is not stable.Therefore, it is better to purchase an additional stabilizer in the kit, this will require some unforeseen expenses, but it will effectively protect your jewelry from jumps in the network. Or it is worth staying at other design options of the local area. 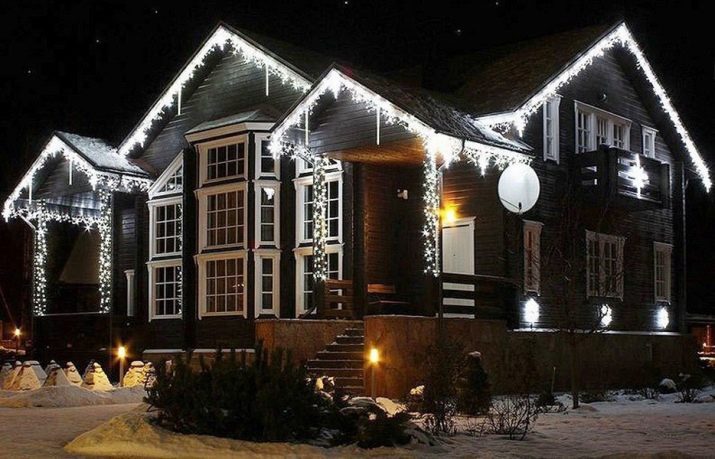 Once again, we note that cold-resistant LEDs are much more expensive than room LEDs, so if you meet a product that costs much lower than the market average, this is a reason to be wary. There is a high probability that under the guise of cold and moisture-proof garland they are trying to offer you a room that does not require additional protection from the weather.

Special attention should be paid to the mechanism of connecting the garland. All acquisitions are desirable to do exclusively at certified points of sale, except for this, It is important to follow a few recommendations.

Remember, the correctly chosen garland is not only a guarantee of beauty and spectacular decoration of the facade, but also a guarantee for your safety when operating the device.

In order for the garland to work for a long time and please with its pure flickering light, it is extremely important to set it correctly. In principle, absolutely any bases can be used for the placement of LEDs, but the choice largely depends on the characteristics of the garland itself, its size and shape.If you have a long LED at your disposal, then you can safely decorate the whole house around the perimeter or decorate the whole wall, and if you have a short budget tape, you should look at the window curtain or doorway decoration. Medium-length options can be used to decorate small shrubs, trees or railings, as well as stairs leading to the house.

To bring the garland in working condition, it should simply be evenly distributed over the desired surface.

Modes of operation of LED lamps in Russia are set in accordance with the regulations in force at the legislative level.

Models produced by manufacturers, as a rule, have several modes, the most popular of which are considered: 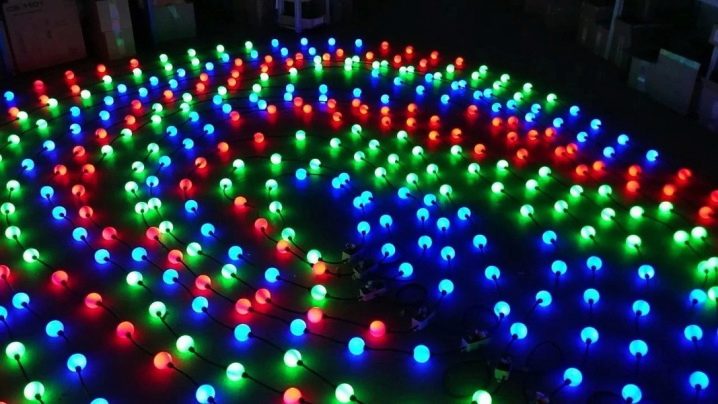 It is best to buy home options with several modes, in this case you can create a real fairy tale in your yard.

On how to properly connect the LED frost-resistant street lights, see the following video.

How to decorate a Christmas tree for the New Year?

How to decorate a gift for the New Year?

How to make Christmas decorations out of felt?

Christmas decorations from beads do it yourself

How to make Christmas lights with your own hands?

Glass toys for the Christmas tree: features, history and production