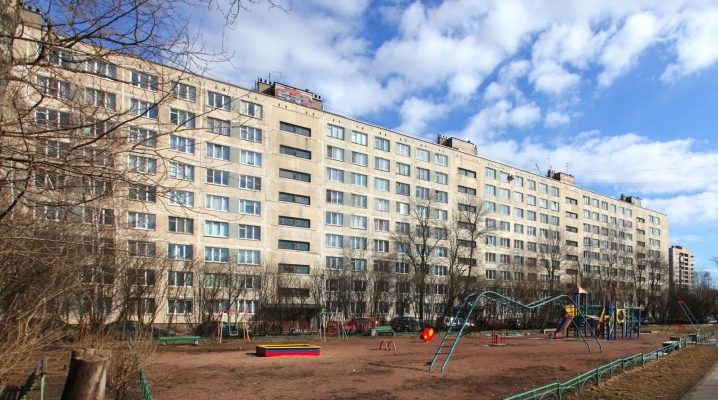 Apartments "Brezhnevka" - the so-called housing of the old fund, which is widespread in our country. In each city, dozens of houses of that era were preserved. Similar apartments are in demand so far. If you have to buy or sell housing in the secondary market, you need to know what distinguishes typical houses of the past century.

It is not difficult to guess where the name of the houses came from. During the reign of the notorious party leader L. I. Brezhnev, large-scale development of the territories from Vladivostok to Kaliningrad took place. "Brezhnevka" replaced the close "Khrushchev", which did not always have a good layout. At the new stage of construction, the architects abandoned 5 floors and began to build new houses with a height of 8-9 and 12-16 floors.This decision was due to the rapid population growth in the cities; it allowed, with minimal effort, to resettle a larger number of Soviet families.

The peak of construction fell on 70-80 years of the last century. New houses were created mainly from reinforced concrete slabs, which made it possible to speed up the process of their construction and improve sound insulation. Despite the advantages of this solution, as a result, the apartments became colder. There was also an alternative - brick, so some series of houses were built without slabs. The height of brick “brezhnev”, as a rule, reached 16 floors. Such buildings were erected in the form of single or double access buildings.

On the staircase "Brezhnev" are 3-4 apartments. For the first time elevators and refuse chutes in the entrances appeared in such houses. Another advantage of prefabricated houses was the presence of two elevators - passenger and freight, while their mechanisms are under the roof, and the stairs and garbage disposal are as far as possible from the apartments, which significantly reduces audibility.

For the first time, not just more comfortable one-, two- and three-room apartments, but also spacious four-room apartments appeared in the houses of that period. Such housing was intended for large families.The living area of ​​the apartment has increased significantly, and the layout has become more convenient.

There are about 40 types of standard apartment layouts, and their typical sizes are:

In terms of area, a two-room “brezhnevka” is approximately equal to a three-room “Khrushchev”, but the footage of the kitchens and hallways remains the same. Often the windows are located on parallel walls of the building, that is, they overlook the courtyard on one side and the busy street on the other. In the narrow corridor there is a place for a built-in wardrobe, there are also mezzanines and storerooms in the apartment.

In some variants of the layout under the windowsill in the kitchen there is a so-called winter refrigerator. In many typical homes, the walls became thinner, and this made the apartments cold in winter and hot in summer. Of course, "Brezhnevka" inferior apartments with a new improved layout, but still they are a better option than the "Khrushchev".

If the area of ​​the corridor and kitchen increased only slightly, then the improvement in the comfort of the rooms is obvious.

Living space in a three-room apartment is about the same:

The layout and size of rooms depend on the series of houses. The height of the ceilings compared with the “Khrushchev” increased from 2.5 m to 2.7 m. The architects tried to abandon the uninsulated walk-through rooms, leaving the combined bathrooms only in one-bedroom apartments. These improvements have greatly facilitated life and improved the quality of life. Unfortunately, the toilet and bath were still very cramped.

Improve the "brezhnevka" dreams, perhaps, every owner. As a rule, many residents complain, first of all, about the small kitchen and the impossibility of arranging a spacious storage system in the corridor.

The age of the building, the deterioration of engineering systems, the location of the walls and windows also affect the possibility of reworking “brezhnevki”. As a rule, all the walls of the apartment are bearing, so the possibility of redevelopment in most cases is very limited, but this does not mean that it is impossible. Even at 30 square meters. m can create a stylish and modern interior.

Zones can be zoned using color, stylistic accents, proper selection of furniture and curtains, and other techniques.

This option is possible only for those apartments that have an electric stove. Kitchen with gas stove must be isolated from the living space.

In some cases, a combined bathroom can be expanded at the expense of the corridor, but if a large family lives in an apartment, then it is worth thinking about this option more seriously, because such redevelopment will significantly affect the comfort of residents.

When decorating rooms in “Brezhnevka”, give preference to light shades and non-bulky furniture, zone the rooms in various ways, and then you can create a stylish and ideal apartment for living.

How to make an arch of plasterboard, see the following video.

Features of the planning of apartments of various sizes

The subtleties of planning a 2-room "Khrushchev"
Information provided for reference purposes. For construction issues, always consult a specialist.