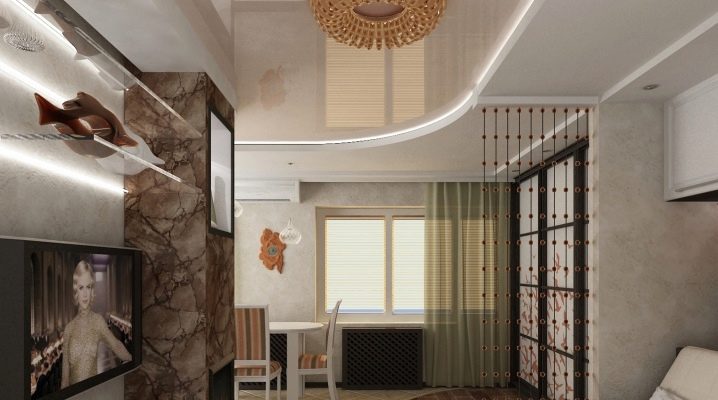 After the sensational story of the renovation of Moscow Khrushchev, potential buyers in the housing market were divided into two camps: a group of ardent opponents of block five-story buildings and those who perceive these buildings quite peacefully. The reason for this separation is that, with all the tangible drawbacks of gradually receding panel buildings, they also have obvious advantages, which the new buildings do not always boast.

Pros and cons of buildings

The obvious advantage of panel five-story buildings is that these houses practically do not “bake” in the summer, so it’s very difficult to find air conditioners on the wall of such a house - apartment residents simply do not consider it necessary to buy and install them, because brick buildings do not allow heat, even if the apartment is located on the sunny side.In this case, to a greater extent it is necessary to fear the heat, which will penetrate along with the sun's rays.

If to solve this problem, having hung up dense blinds, the apartment will plunge into a cool.

In addition, in winter, the five-story buildings retain heat well inside the apartment. Even the corner rooms will not be wet and damp. This is largely due to the fact that the layout of the apartment does not imply large footage, and the location of the batteries in the apartments allows the rooms to be heated as much as possible. 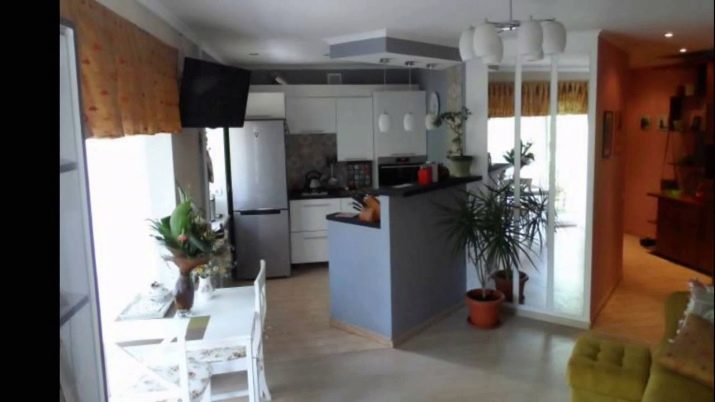 Many people who recently took a flat in a new building as a mortgage are now literally tearing their hair, because only after moving it became clear to them that absolutely everything that happens to their neighbors is heard in their apartments. It comes to the point of absurdity - not only the noise emanating from a neighboring apartment, but also the one created by the residents of another entrance can cause concern. A similar situation is observed in terms of ventilation - when you wake up in the morning, you know exactly what your neighbors will have for breakfast two floors below today. So, the five-story buildings (especially built in 1962) in this regard are significantly superior to new buildings - the sound insulation in them is really good.True, an exception can be made by older buildings, where the walls between the rooms were made very thin. For these houses, the above advantages are not relevant.

Within the same entrance in some buildings, you can find apartments with different layouts, so when you buy an apartment, you reserve the right to a certain choice.

Almost all apartments in five-story buildings are equipped with a balcony, which can be used at your discretion: to glaze and turn into a full-fledged loggia, leave open and arrange a small summer veranda, make a place to dry washed laundry from the balcony. In some apartments in the layout laid the presence of a storage room. 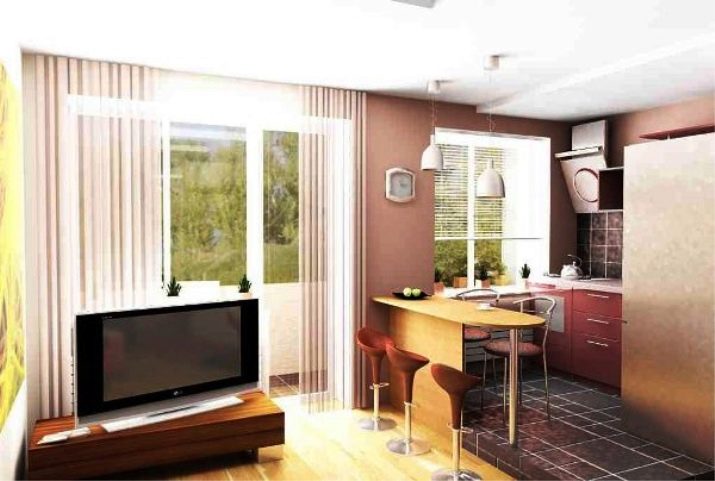 Bearing walls in houses of this type are rather thick (at least 64 cm), which makes the house strong and reliable, able to withstand the effects of many external factors. Experience shows that such buildings are not afraid of moving soil, their walls do not crack, even if the building is located near the reservoir. In addition, it is confirmed by the statistics that these buildings calmly “stand” in the event of seismic activity.

Perform redevelopment in "Khrushchev" much cheaper and fasterthan in any other building - the builders will not have to wield a puncher during the demolition of the bearing walls, a chisel and a hammer will be enough. Redevelopment of an apartment in a panel building makes it possible to roam fantasies, for example, it is quite possible to make a two-level apartment here, which you can simply forget if repairs are made in a concrete building. 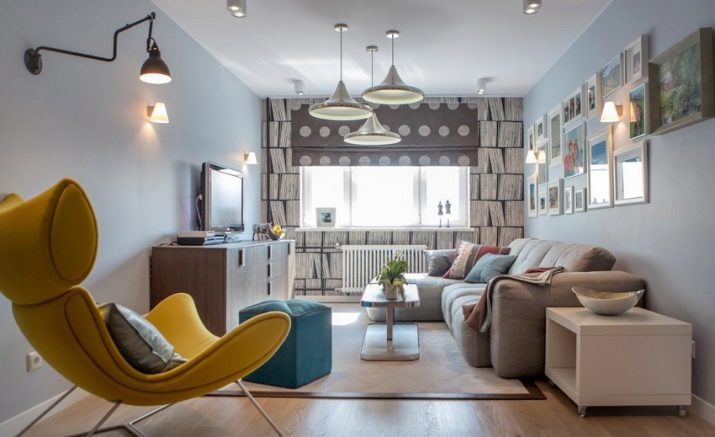 But the shortcomings of the "Khrushchev" a lot. The most significant are very low ceilings, which can create an oppressive atmosphere for an impressionable person.

The layout of these apartments suggests an incredibly cramped kitchen and hallway. In the corridor in the literal sense, two people do not disperse. Most standard furniture sets are not suitable for "Khrushchev" hallways - they just do not fit there. The same can be observed in the kitchens. You can simply forget about the possibility of installing a gas stove and dishwasher in such a kitchen at the same time, otherwise there will be no room for ordinary kitchen drawers. 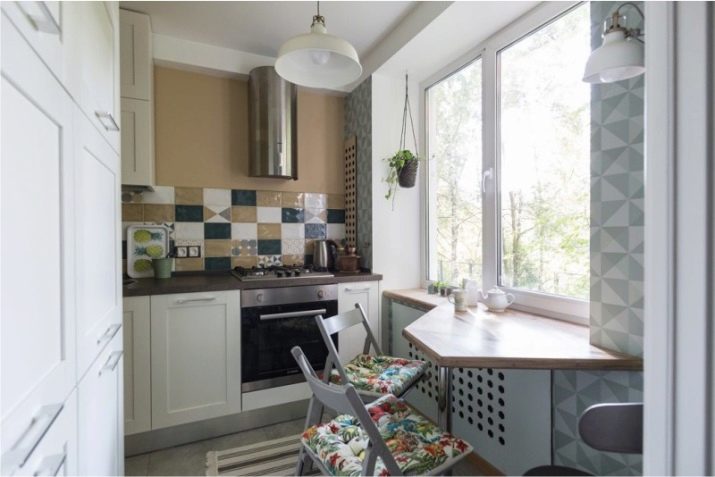 The layout of the apartments in the “Khrushchev” including determines whether the bathroom will be combined with a bathroom or not.In the case of apartments in panel houses, the layout of a separate bathroom is not assumed - the room is a combined toilet and bathroom. Moreover, this room also can not boast of large footage. Not every washing machine fits there - often the residents of such apartments have to sacrifice a washbasin to install a washing machine, because, as mentioned above, there is no place for it in the kitchen either. 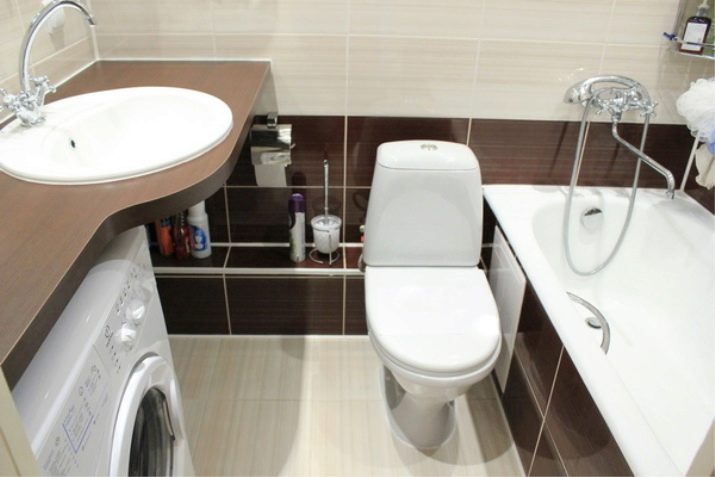 If we are talking about a two-room or three-room apartment, you need to be prepared for the fact that here one of the rooms will definitely be the entrance one, i.e., it definitely cannot be turned into a nursery, bedroom or study. The improved layout with the use of screens and partitions will still allow for a more rational distribution of housing meters, but this is not always possible.

The five-story buildings, which today are better known as “Khrushchev”, were first built in the mid-50s, during the next crisis in the construction market, when thousands of people urgently needed housing. The advantage of these buildings at that time was how quickly they could be built.Since the priority in the development of the project was exactly the speed, the subtleties of the internal planning did not pay much attention. As a result, the Russians got a lot of standard apartments and, having come to visit a friend, you could easily find out in the planning of his home his apartment.

But even among this monotony there are some types of layouts:

When choosing a style direction in the design of your apartment, you should initially rely on the features of the layout. Since the above has repeatedly been noted that the "Khrushchev" is not famous for large footage of the premises, the emphasis in design should be on minimalism, the visual expansion of space, as well as the increased functionality of furniture.

By the way, here you can recall such a “greeting from the past” as a transforming furniture.

For example, the most obvious solution for a one-room apartment is a sofa bed. With it, any room in a minute turns from the bedroom into the living room. It will also be useful to purchase a table-book. On weekdays, he can stand modestly along the wall, and when guests come in or on the eve of a large holiday feast, such a table can be placed in the center of the room when disassembled.

In addition, we should not forget that even in the smallest apartments of the “Khrushchev” there is a balcony, and, accordingly, there is always the possibility to turn it into a continuation of the room.

Especially popular now are studio apartments. And the owners of "Khrushchev" more and more often make such redevelopment - the wall between the kitchen and the room is removed. The result is one spacious room with two (and sometimes three) windows and a small kitchen unit in the recess.

It looks very modern, and besides, it is a convenient option - if guests come, you don’t have to be torn between the kitchen and the living room.

And the increased space suggests the possibility of zoning, which will allow owners of a one-room apartment to “play” with a screen or partitions several square meters for a rest and sleep area.

Beautiful ideas in the interior

You can compensate for the lack of free space in the bathroom by replacing the standard bath with a modern shower. Of course, this will deprive the apartment owners of the opportunity to soak in the foam bath, but it will allow to install a washing machine in the room.

In addition, showers always visually "lift" the ceiling, which, as already noted above, in the "Khrushchev" is very low.

You can use instead of the standard doors transforming doors, folding accordion, or even abandon the valves, leaving only the neatly decorated arches.This will visually expand the space and allow air to circulate freely.

Another very bold, but very interesting way to transform space is to place kitchen cabinets not along the wall, but along the window. In this way, a certain number of meters are won in the kitchen, and the room itself takes on an unusual appearance. Again, it solves the problem of additional light in the kitchen - now it will be possible to cook right by the window, no need to carry out the backlight.

Features of the planning of apartments of various sizes

The subtleties of planning a 2-room "Khrushchev"