Choosing a door handle with a latch for interior doors 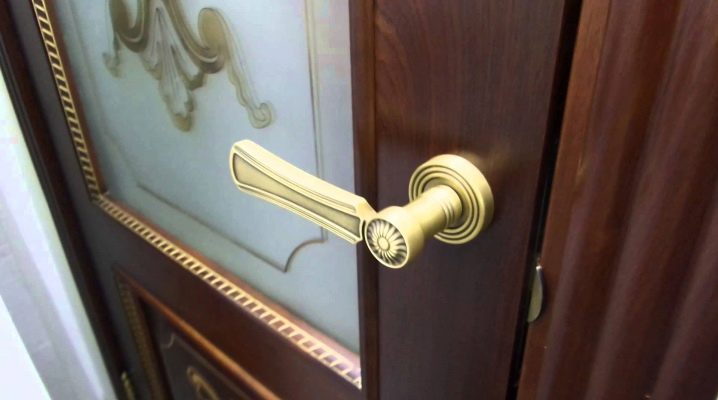 At the end of the repair work indoors, one of the final stages is the choice of handles for interior doors. This is a crucial step, as they not only provide access to the room, but also perform a decorative function. Choosing this element, you need to consider its capabilities, as well as the design of both the door itself and the room as a whole. For these types of doors handle latch is relevant.

The door handle with a latch can be divided into subspecies according to various characteristics. Among them, the type of construction, the shape of the base, as well as the material from which the product is made. Before proceeding directly to the selection of the handle, you need to familiarize yourself with the functional features of each of the types presented. Door handles with a latch for an interior door can be of several types.

For toilet doors or a bathroom is an ideal option.

And also the latch knobs can be divided according to the principle of the mechanism that is installed there. They can be rotary and push. It is worth considering their differences.

The handle includes 2 levers, as well as a rod.At the moment when there is an impact on one of the levers, the mechanism in which the falle tongue is located opens. This option is most often chosen by consumers. This is due to the fact that first of all there are no problems during the operation of the structure. It is enough to apply a little effort, pressing the handle, and the door opens, and at that moment you can use not only your hand, but also, for example, your elbow.

However, the door is fixed very securely, without pressing the lever, it can not be opened. In addition, such structures rarely fail. The mechanism works silently. And also it should be noted that the range of such fittings is quite wide and varied, presented in a variety of colors and various design versions, so there is almost no problem for customers to choose, it is easy to choose the model needed in each particular case.

However, one can not say about the shortcomings of this type. Consumers say that such pens can be easily caught and hit, but these disadvantages easily overlap with advantages.

This device also provides for a flap tongue.The handle has a spherical shape. When the handle rotates, the latch opens, after which, when released by means of a spring, it returns to its original position. This design is not as comfortable in operation as the previous one, since the turn can only be done by hand, which can cause problems if it is busy or, for example, injured.

Such a model as a knob is gaining wide popularity. It is a handle of a round or oval shape, with built-in lock. The difference from the model of the swivel type is that in this case it will be necessary for the installation to draw a hole in the interior door itself, in which the mechanism will be placed. The keyhole in most cases is located on both sides, some models have one-way latches and plugs.

Among the advantages it is necessary to note the safety of the swivel knobs. Since they are oval-shaped, it is much more problematic to get injured when contact is unsuccessful than in the case of products with sharp edges.

This is especially true for families in which there are small children.

The range is very wide, diverse design allows the buyer to choose the handle for every taste. Accessories can have inserts of glass, rhinestones and other elements that will allow to decorate the room, give it elegance and individuality. In addition, the locking mechanism is made in such a way that the door can be closed both from the outside and from the inside of the room. Now for the flaws.

One of the drawbacks, undoubtedly, is some inconvenience during operation, as you can only open the doors by turning the handle with your hand. As well as consumers note that they often face the problem of lock jamming, which is served by excessively sharp movements.

There are 2 forms of the base, which are used when attaching the door handles with a latch. Consider their significant differences. 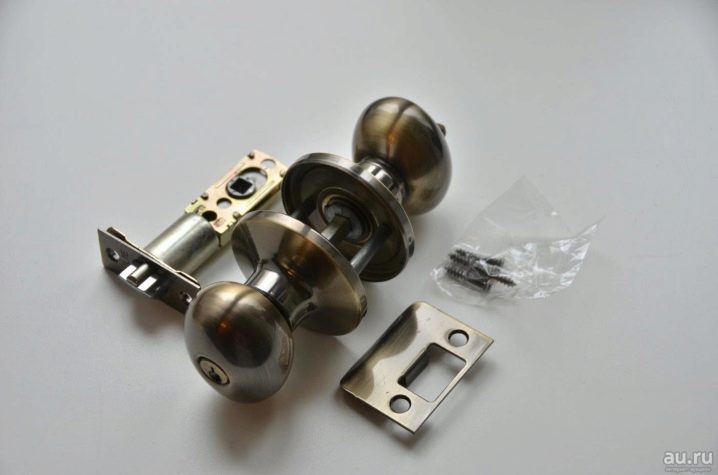 The modern market is a model of door handles for every taste, but most often buyers pay attention to what material the product is made of. Manufacturers offer items that are made from several materials.

If the product is made of an alloy, and the coating is not very well made, there is a risk that it will fail rather quickly, and the appearance in this case may become unusable.

How to install the door handle with a latch, see the following video.

Features of the repair of metal door handles

Door handle-bracket: characteristics of the model and features of choice

Door handles: what models are and how to make the right choice?

At what height do door handles fit?