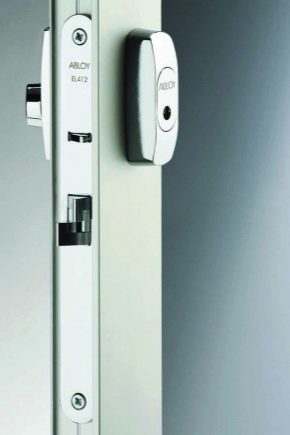 Locks provide reliable protection of doors. But it’s not always possible to use them all the time, and it’s illogical to put the lock on separate doors. To solve this problem, electromechanical latches are often used. 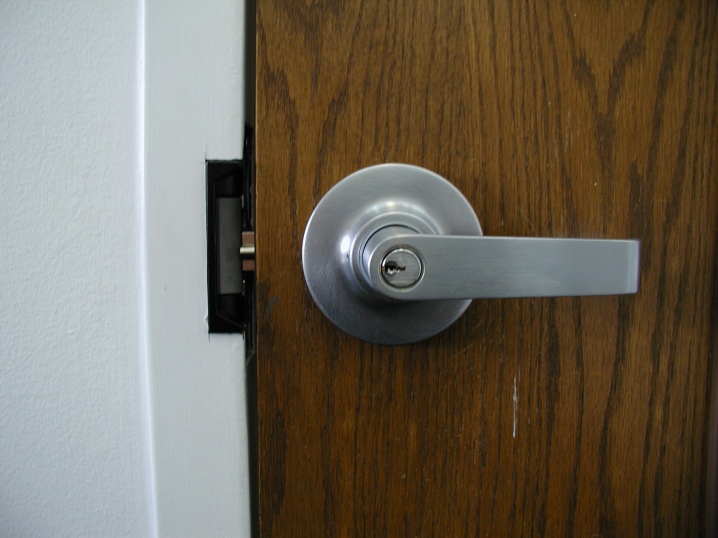 High-quality electromechanical latch provides a good level of protection. Since there is no keyhole, potential intruders cannot identify the exact location of the device. If the product is put on a glass door, it will not spoil the appearance of the structure. Opening and closing occur very easily, since the role of mechanical components is minimized.If the whole system is well thought out, it will work reliably, and on the door leaf there is no need to make openings. 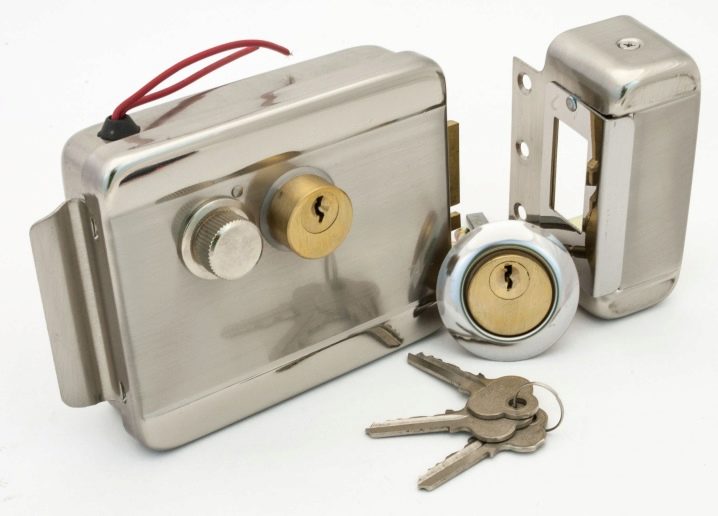 Many people are attracted by the ability to open the electromechanical latch at a distance. As well as a useful feature of such a technique can be considered the silent operation of individual modifications. The simplicity of the device and the reduction in the number of moving parts allow for a longer service life. But it is important to bear in mind that electromechanical latches are more expensive than fully mechanical analogs. In addition, they should be assembled only by trained specialists, and from time to time maintenance is required. 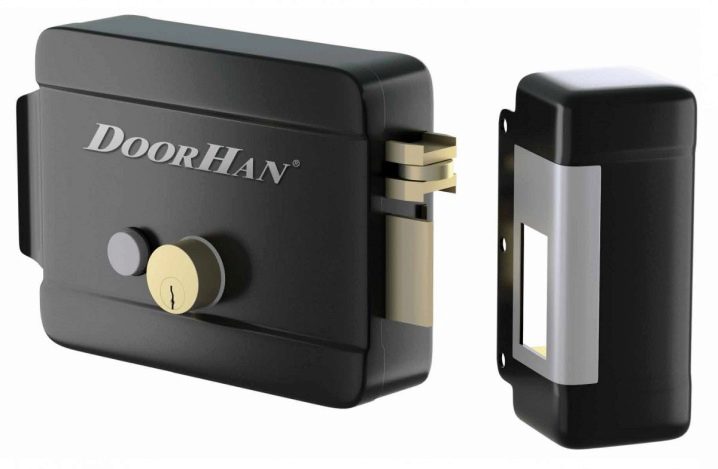 How does it work?

The principle of operation of the electromechanical latch is relatively simple. When the door closes, the cocking bolt is in contact with the spring, as a result the latch passes into the striker plate, the canvas is closed. In some models, the supply of voltage resets the spring clip and retracts the bolt back into the housing, opening the flap. In other versions, all this happens when the current is turned off. There are electromagnetic latches that receive a signal pulse only upon presentation of an electronic card.There are models with a remote opening function - the signal is sent to them from wireless key fobs. These miniature mechanisms replace remote controls. 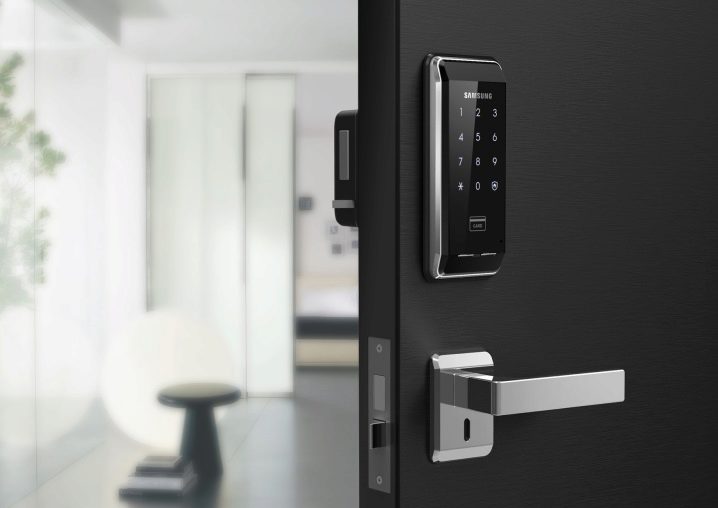 The so-called normally-closed latch can only be opened when an electric current is applied. When the device is connected to AC sources, a special sound is heard at the time of actuation. If the voltage is absent, that is, the electrical circuit is broken, the door will remain locked. An alternative to this system is a normally open latch. Until the current flows through it, the passage is closed. Only shutdown (break of a chain) allows to pass. 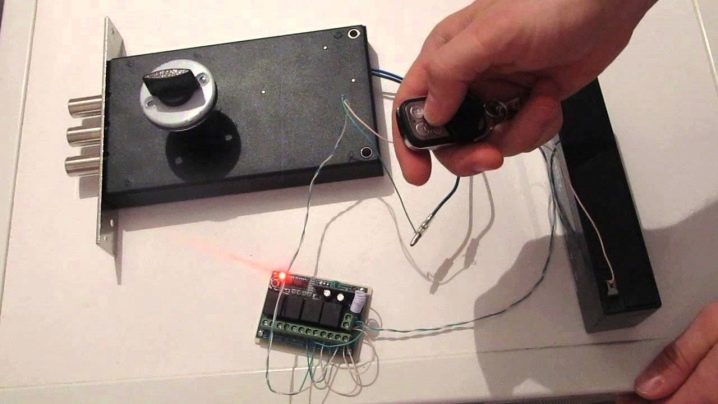 There are models with arresting. They can open the door once, if the coil received a signal provided during setup. Having received such a signal, the latch will be transferred to the “open” mode up to the full opening of the door. Then the device immediately switches to hold. Latches with arresting differ from other models even externally: they have a special tongue located in the middle. 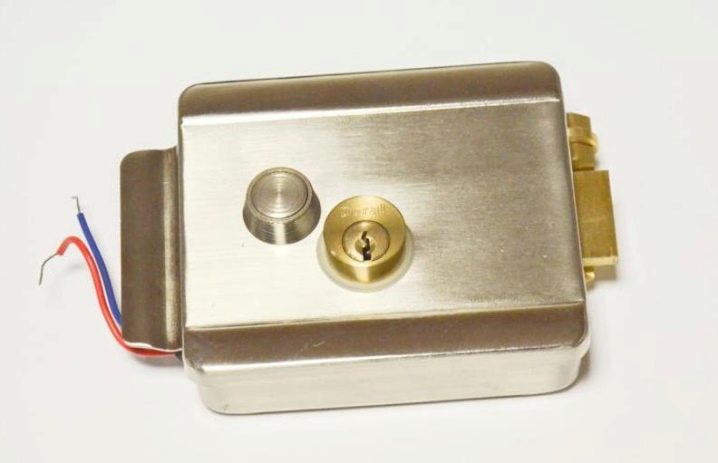 Overhead electromechanical latch is usually not the main, but an auxiliary locking device. That is, besides them, there must be some other castle.The advantage of such models is the simplicity of installation and suitability for use on entrance doors, gates, and also on doors that divide rooms. Mortise device, as follows from its name, is inside the door. From the outside you can only see the fixing plates of the case and the response parts. Mortise latch is needed mainly on the doors of a unique design that should fit into a special interior. If the situation in the room is designed in a more or less typical manner, it is necessary to give preference to the overhead mechanisms. 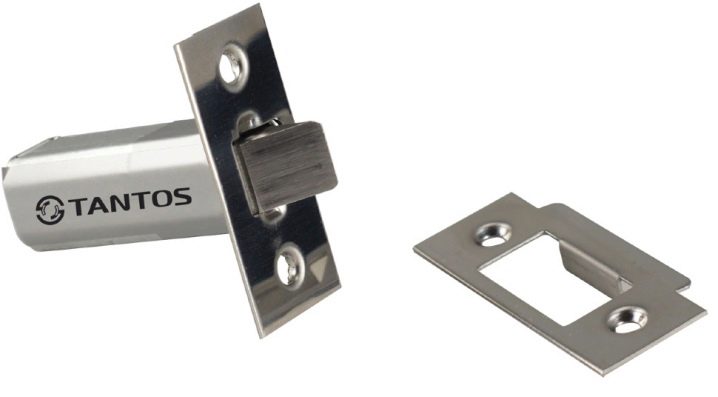 But when choosing electromechanical latches you need to pay attention not only to this moment, it is also very important to consider which door the device will be placed on. If you want to lock the front door made of metal, you will have to use a large latch. But on the plastic interior door install smaller devices. It is also recommended to consider which way the door will open. There are electromechanical latches of the following types: 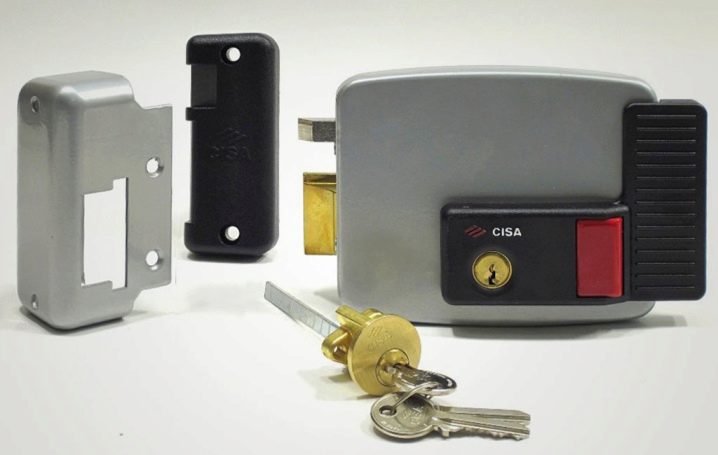 In some cases, constipation complements the already installed lock. Then you need to pay attention to such nuances: 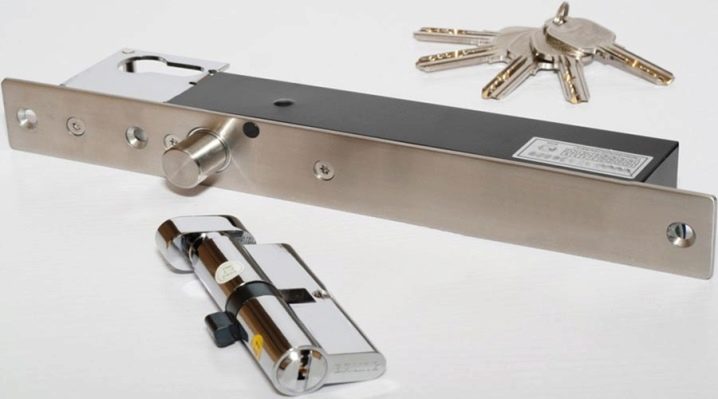 In order to choose the right latch for an already installed lock, it is best to remove the mechanism and show it in the store. But in addition it is worth paying attention to the conditions in which the latch will be operated. So, it is recommended to install moisture-proof systems on the entrance doors of the entrances and on the outdoor gates. They are made in a special way, ensuring tightness of the body so that no precipitates penetrate from the outside. If the door leads to a room where explosive substances are concentrated, preference should be given to pneumatic structures - they do not give a dangerous electrical spark.

When selecting an electromechanical latch, it is necessary to pay attention to the load that it can carry. The more intensive the operation, the higher the required performance. If you need functions such as an unlocking and locking timer, intercom, then you need to clarify their presence even when you purchase. A great role is played by the correct determination of dimensions.Along with the traditional versions, there are narrow and elongated types of latches (an elongated version is always better than a narrow one protected from burglary). 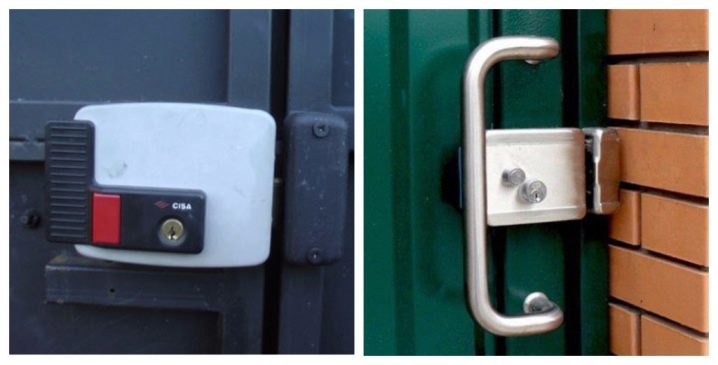 The patch type of the device is very easy to assemble with your own hands, even special skills are not required. It is worth adhering to the following algorithm:

Installing the mortise latch is more time-consuming. If you do not take into account the subtleties when working with a particular model, the methodology will include the following steps: 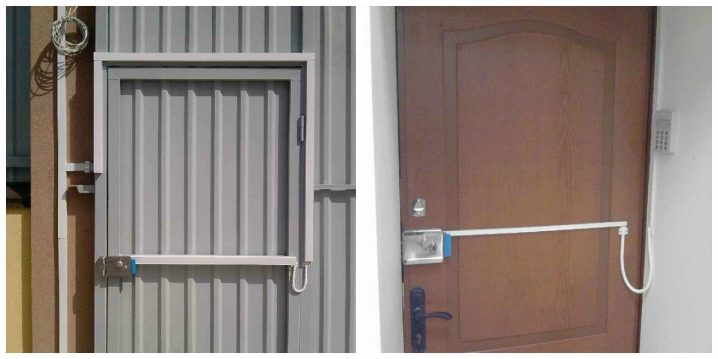 On the electromechanical latch YS 134 (S), see the video below.