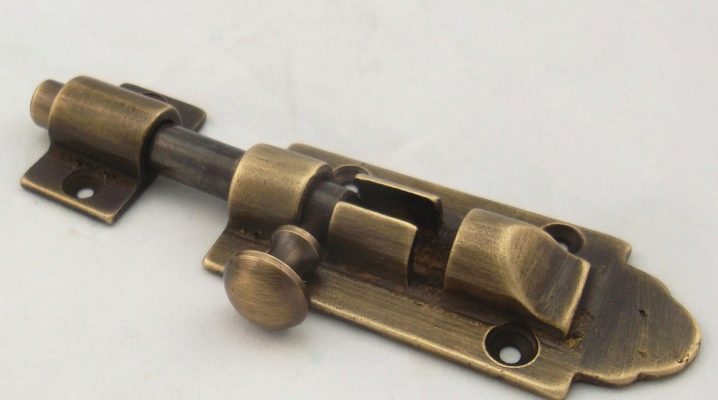 Ever since the days of primitive society, man has tried to save not only his life, but also the inviolability of his own home. To date, you will not meet anyone who would leave his apartment or house with an open door. In order to preserve all their belongings, as well as not to let cold air from the street into the dwelling, various locks are installed on the entrance and interior doors. One of the types of such locking devices is a bolt, which is often called an ordinary gate valve.

The laid-on latch is one of the simplest door locks. Most often they are used on interior doors, for example, in the office or in the bathroom. If desired, even one person can knock such a constipation, so they are used as a safety device against accidental opening or against opening the door with a draft.In order to securely lock an apartment, house or any industrial premises, such constipation is combined with a more reliable mortise or hinged lock.

Latches can be divided into three main varieties:

The main difference of the invoice gate is the way it is mounted on the door. Unlike other species, the whole construction of the laid-on bolt remains in sight. Because of this, it is necessary to more carefully select its appearance, so that it either merges with the color of the canvas, or acts as a bright decorative element. The bolt itself consists of three parts: 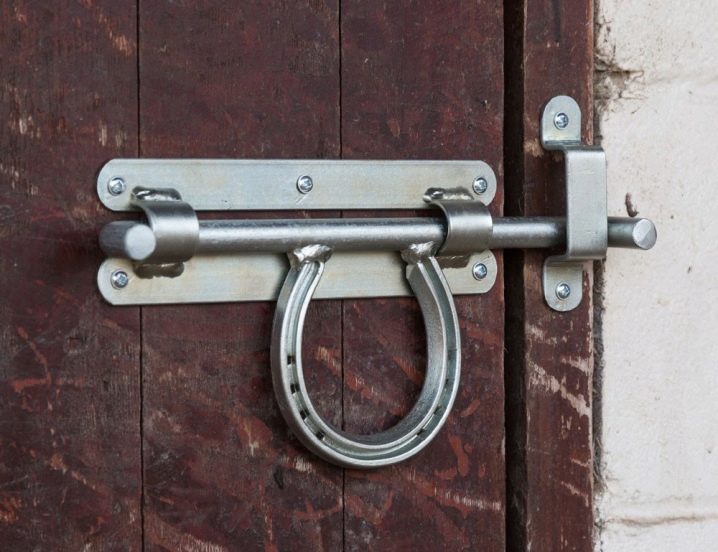 The housing and the hinge are fastened with special screws, due to which the valve is easy to both assemble and dismantle. However, ease of installation and disassembly are not the only advantages of a laid-on bolt. 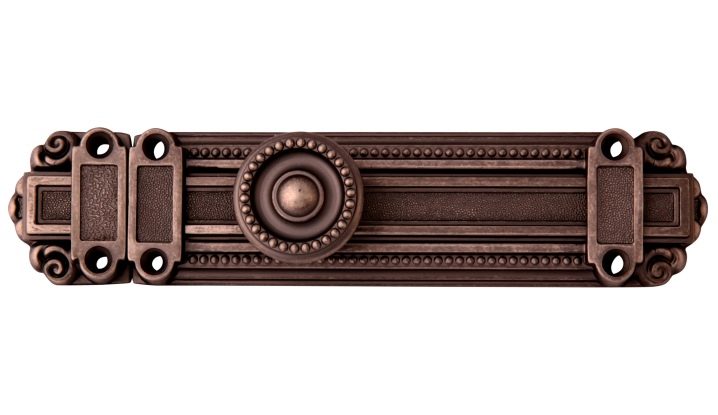 With all these advantages, the laid-on latch has significant drawbacks. 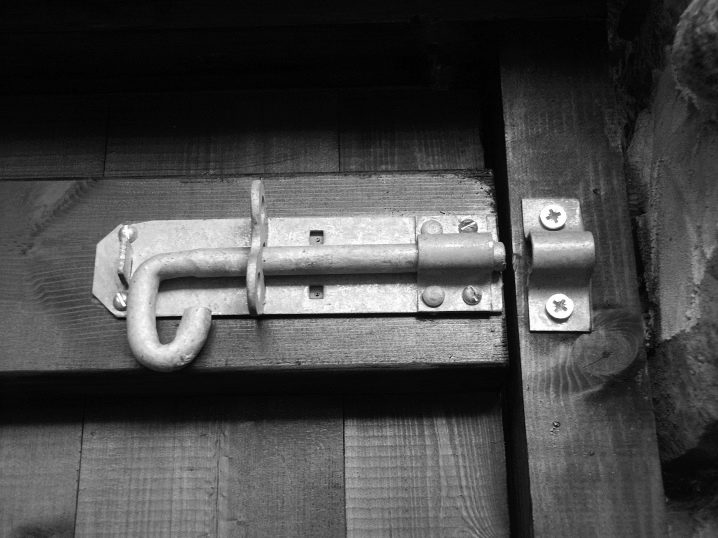 Besides the fact that all the latches differ from each other according to the method of installation, the patch constipations themselves can also be divided into several types depending on various characteristics. By locking type, these locks are divided into:

According to the openness of the internal device, constipation can be divided into:

According to the number of pins (or, as they are also called, rods), constipation can be divided into a device with one, two or several rods.

The greater the number of metal pins in the lock, the more securely it locks the door.

In addition, all patch constipation can be divided according to the materials from which they are made. Conventionally, they can be divided into two large groups.

For the production of entrance and interior doors are used various metals. This may be steel or iron, but most often aluminum doors are installed in both residential and non-residential premises. This is due to the fact that the material is lighter and at the same time it is much cheaper than iron or steel. The type and number of locking devices most often depend on the type of metal door.

"Warm" doors are made of a special profile with insulation and thermostats. They have a large threshold and for their closure requires not only a latch, but also a more durable lock. Most often, these doors can be found at the entrance to a private house or apartment.

"Cold" doors are made of a single-chamber profile and placed in unheated premises. It can be various industrial buildings, warehouses, garages and cellars. Most often, they also require an additional lock, but it can be of the simplest design, even a hinged one. The threshold of such a door is much smaller, since it does not require closure tightness.

Most often, on metal doors, one latch is installed at the level of a person’s lowered hand. However, for aluminum structures, especially in those cases when they are double-leaf, the installation of two locks is provided - at the top and at the bottom of the door. The construction of the latch is different from ordinary constipation. It is a constipation, consisting of a small flat body and a slightly smaller mate, replacing the usual loop. The rod is closed almost completely and is visible only in the open position. Such constipations are made of stainless steel by both domestic and foreign manufacturers. 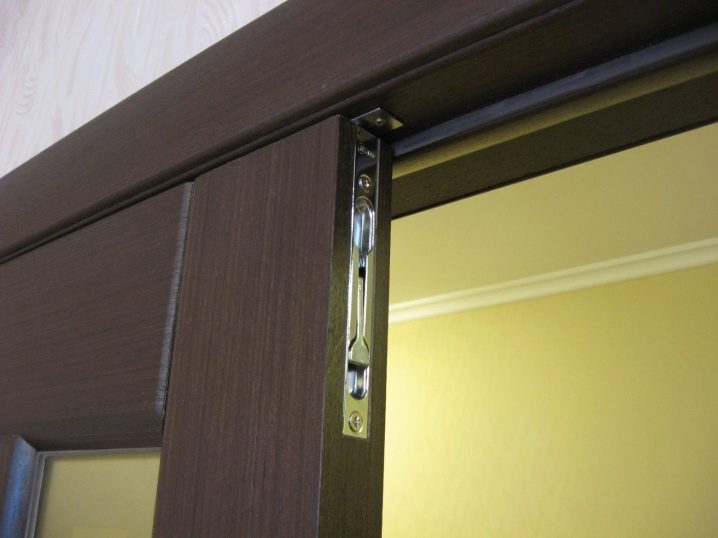 In addition to the size of the latch, its weight also matters. The lighter the door leaf itself, the less constipation should weigh.A quality product with carefully selected parameters and competent installation can last for several decades and does not require significant repair or replacement.

To learn how to embed a latch, see the following video.