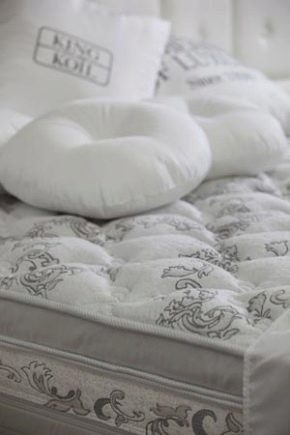 After a hard day's work, we want to come home, fall on the bed and relax. This is especially nice when the mattress satisfies in all respects softness, convenience, comfort. Elite mattresses King Koil can be safely attributed to such. The company King Koil takes its origins in the XIX century and during this time has achieved incredible success in the production of mattresses.

No self-respecting hotel ignores the brand King Koil for its customers. Let's see what kind of mattresses, and what is so unique in them.

In 1898, in the United States of America, the already held businessman Samuel Bronstein was puzzled by the idea of ​​increasing his wealth. And then an extremely successful thought occurred to him - to produce not simple goods, but exclusive ones, which the richest people in the world would appreciate first.People of this sort work long and hard, and what they need after a hard day’s work is a full-fledged, comfortable rest.

This was the key to a new idea - creating a mattress on which you want to sleep forever. As a result, Bronstein together with several assistants launched manual production, and created the thing that dizzying success awaited ahead of us - the King Koil mattress.

After a little more than a decade, a unique mattress fell into the mansions and penthouses of many famous personalities and began to acquire incredible fame. To satisfy the customer's need, it was necessary to expand production, and in 1911 Bronstein could be congratulated on the opening of the first King Koil mattress store - first in the US capital, and 2 years later in New York.

The year 1929 became difficult for America - this year the Great Depression began, and many industrialists had to close their firms, factories and industries. Bronstein understood that only through hard work and continuous improvement can you stay afloat. An incredible thing happens - despite the enormous risks, he launches his own spring production at his plants.So, for the first time in history, the United States began to produce independent springs, sewn into fabric.

The volume mattress on independent springs has become the distinguishing mark of the brand King Koil.

The great entrepreneur does not stop there and is still looking for ways to improve the quality of his brainchild. And after 6 years, the “tufting” technology is introduced into the series: this is handmade, which involves stitching the elements of the mattress with a thin needle with a wool thread. This method also added to the uniqueness of King Koil mattresses.

Surprisingly, even the Second World War, and in particular the year 1941, contributed to the prosperity of the production of King Koil mattresses. The fact is that it was at this time that young John Kennedy, because of back pain, quit the US Army. And none other than Bronstein helped him, proposing to solve the problem with the help of a healthy sleep on a King Koil mattress. Time passed, Kennedy became president, and, of course, he remembered who had restored his health and did everything to make King Koil succeed in his business.

After World War II, the mattress magnate patented the legendary technology of “tufting” and “hidden tufting”, in which the stitches are hidden in small recesses and it is absolutely impossible to detect them.During this time, King Koil mattresses “crossed” the ocean and appeared in European countries, causing the same rush as in their homeland. And by 1978, people in 25 countries of the world were sleeping on these incredibly comfortable feather beds.

In the late eighties, orthopedic physicians began to recommend American mattresses as the best bed, and this was another giant step towards conquering lovers of sweet sleep. Samuel Bronstein’s company has become one of the world's leading companies for the production and sale of mattresses. At the beginning of the new millennium, King Koil finally appeared in Russia and instantly won the trust and popularity of many well-known and wealthy personalities of our country.

Speaking about King Koil mattress manufacturing techniques, first of all, it should be noted that all of them are created manually. That is why King Koil mattresses, made by caring masters, are an order of magnitude higher than any other mattresses made by an automated soulless system.

The next aspect that determines the uniqueness of King Koil mattresses is the tufting method that Samuel Bronstein himself invented. Following this method, the details and elements of the mattress are sewn with each other with a special delicate needle with wool thread. The stitches are fastened on top with an elegant trim.The seams become invisible, and the appearance of the mattress is given a special elegance.

In addition, in certain collections the method of hidden tufting is used. In this case, the stitch is hidden in the top layer of the mattress and ensures the blocking of its layers, the deformation of the mattress with this method is almost zero.

In addition to the tufting, in the production of King Koil technology is used Turn Free, ensuring that the mattress does not miss, even after many years of use on one side. Routine turning over is a thing of the past, since the construction of the mattress initially stipulated that it should not be turned over. Independent springs in the mattress provide maximum comfort to the whole body, because each spring is responsible only for the area allocated to it and responds to the slightest movement. Thus, pressure is relieved from the spine and joints, and the entire body receives the necessary relaxation and rest during sleep.

Thanks to the most advanced manufacturing capabilities, King Koil can satisfy any customer request by making a mattress of any shape and size, so the King Koil mattress will fit perfectly into any interior.

Although according to statistics, the most popular are mattresses of 180x200 cm.

When looking at the King Koil mattress it becomes clear - this thing is for high society. The art transmitted by professionals in their field is read in every square centimeter of its surface.

Latex, lamb wool, cotton and linen - It is these ultra-eco-friendly and cozy materials used in the exquisite upholstery of King Koil mattresses, which competes with the most expensive bedding. Sleeping in such a bed is of unsurpassed comfort.

Reception of volumetric stitches with a tear-off stitch provides a truly unique role - the contour is laid in such a way that blood can circulate freely, eliminating wicking and other unpleasant moments.

The aesthetic component at the same time equates the mattress to a work of art. 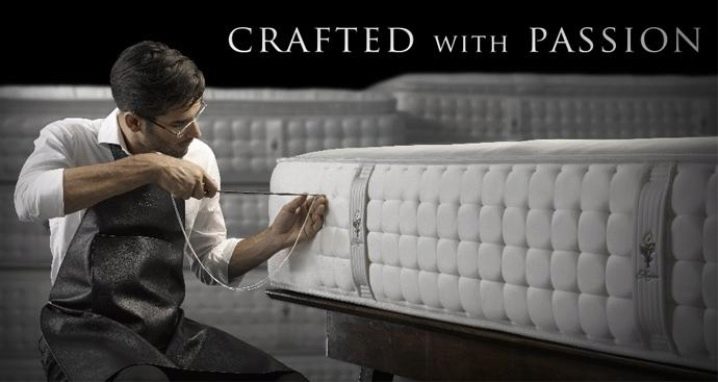 Endless care and maximum relaxation are provided by several systems and materials used:

Most of the newly-born happy owners of elite King Koil mattresses note that their sleep has improved, their back and joints have stopped hurting. Many people write that the sleep time required for full recuperation has decreased by a couple of hours.Almost all the happy owners of mattresses and grounds of King Koil say that they do not regret buying and spending a lot of money, because you cannot save on health. Among other positive opinions, there are such rave reviews that compare sleeping on a King Koil mattress with sleeping on a cloud of champagne bubbles.

Some disadvantages still exist, the main of which is the presence of a specific smell, which, however, disappears after a few days of use.

Thus, summing up, we can say that Samuel Bronstein created a unique mattress that allows you to relax and rejuvenate as much as possible. Almost 120 years on the market allowed to thoroughly study the needs of customers and hone the skill of "mattress" art in the literal sense of the word to the thread. King Koil luxury mattresses are a crown of engineering and unsurpassed comfort.

A more detailed overview of the mattresses of King Koil, see the following video.

What should be the children's mattress?