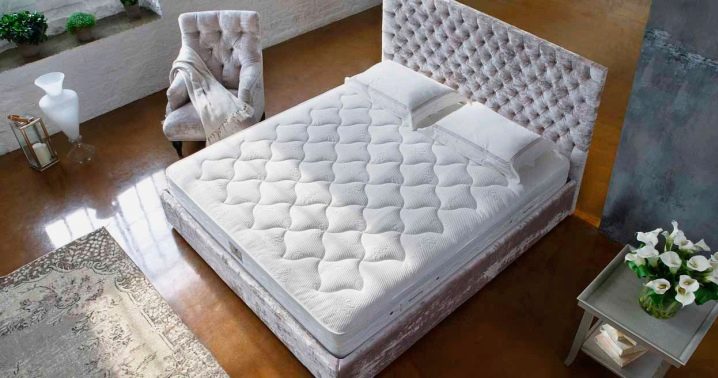 When thinking about which mattress to buy for daily use, most users prefer orthopedic options. Such mats are among the best models of each manufacturer. Orthopedic double mattresses are the most popular among buyers, they have several advantages and stand out favorably on the background against the background of their smaller counterparts.

Orthopedic double mattresses - unique mats, developed by new technologies, thanks to which the rest of users becomes comfortable and correct. These mattresses allow you to place two or even three users, ensuring the correct support of the body of each person, regardless of the part of the block on which it is located. 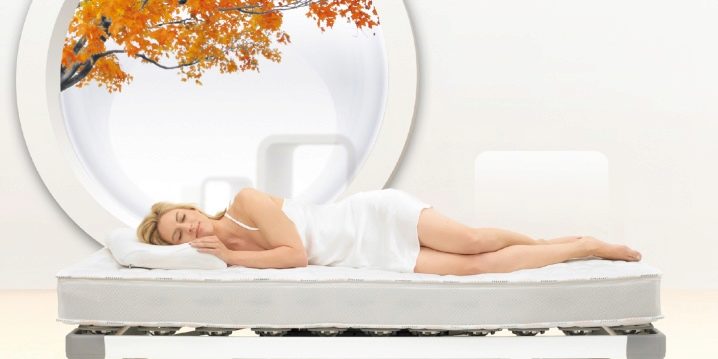 Despite the fact that orthopedic mattresses for two places do not cure diseases of the back, they relieve the spine, which allows you to wake up in the morning rested and full of vitality.

In most models, they have a removable cover made of natural textiles (tick, polikotton, jacquard), which can be single-layer or quilted double-layer with a special additive to achieve the desired effect (varying the degree of rigidity or insulation of the mat surface).

Such products have the recommendations of orthopedic and pediatricians. The "softest" of them are shown to older people, springless versions are relevant for children and users with high weight. Spring counterparts sometimes allow you to place on the mattress a family of three (parents with a small child).

You will learn more about orthopedic mattresses in the following video. 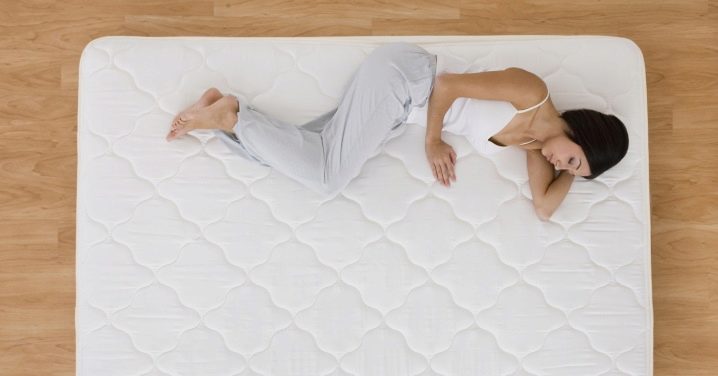 Orthopedic double mattresses come with a smooth, relief and undulating surface (Trelax comfort), a sedative effect that improves the blood supply to the tissues of the intervertebral column and the elimination of muscle spasms. The thickness of such products is different. Monolithic versions without springs are 8-10 cm in height, mats of standard volume vary from 10 to 17 cm. Magnificent designs reach a height of 24-27 cm.

Not all models declared as orthopedic correspond to their name.

This is often a salesman’s ploy: the product sounds better and is easier to sell. Products on dependent-type springs (“Bonnel”) are not included in the orthopedic group, even if they have orthopedic filler.They do not have the necessary support of the spine, with a load, they form a pit and a wave.

The orthopedic effect of spring mattresses is ensured by the right number of twisted elements (from 600 to 1000 pieces per square meter), the correct wire thickness (2 - 2.5 mm), the correct connection of springs with a metal grid (only of independent type). These products, supplemented by a layer of elastic orthopedic material, are somewhat inferior to springless counterparts, but are generally worth buying.

The most valuable types of orthopedic mattresses demanded by buyers are models with latex, coir, polyurethane foam, strattofiber, viscolatex with the addition of sisal, flax, horsehair, felt, and merino wool (for removing static electricity and controlling the level of heat and moisture).

Two of the best models of orthopedic mattresses include:

The number of orthopedic blocks does not include inflatable and water models that are uncomfortable, do not provide adequate back support, and have a rubber base harmful to human health.

Dimensions of double mattresses with orthopedic effect are different and are subject to the size of a particular bed. The modern size range varies somewhat, because each manufacturer has its own standards. On average, the parameters of the length and width of double orthopedic mattresses range from 160 cm wide (standard), although some companies equate the figures of 140x190 cm to double.

Orthopedic double mattresses are recognized as high-quality and practical mats for a comfortable sleep. This is evidenced by numerous user reviews left on the Internet. Mats with an orthopedic effect really reduce pain, they relax the muscles of the body and allow sleep to be complete and serene, people say using such products every day. In the comments they write that sleeping on such blocks is a pleasure,Partners do not interfere and do not roll over to each other, and this allows you to feel cheerful in the morning and be positive. 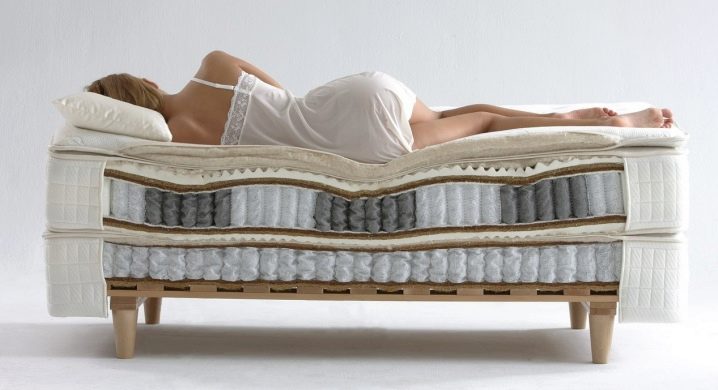 Mattresses with the system "winter-summer"