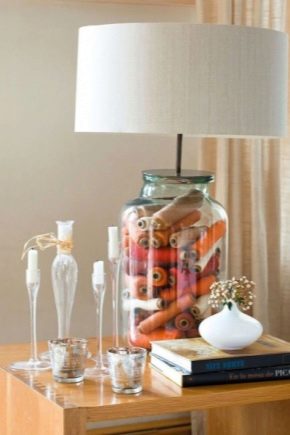 Lamp shades are needed not only to protect against too bright colors. Often they play a more decorative function, for example, when elite rattan models are selected or a room is designed in a certain style. It is necessary to take into account not only the possible variations of lamps, but also the features of choice associated with the manufacturer and the necessary care for the lamp shade. 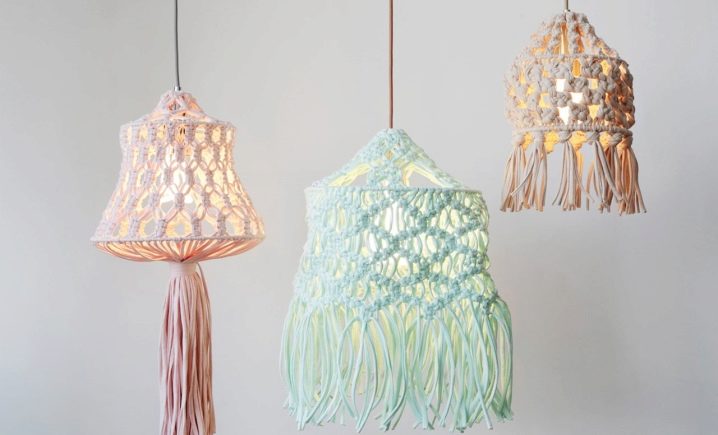 What does it mean and what is necessary for?

A lampshade is a special cap worn over the lamp bulb. From the French language, this word is translated as “dimmer”, which immediately indicates its intended purpose: diffusing the light flux, softening it with an opaque lampshade material.In addition to the main function, a similar cap has recently been increasingly used for decorative purposes.

Various materials and forms in which lampshades can be made allow you to choose the right model for absolutely any style, starting from refined baroque and ending with a deliberately coarse rustic.

Refracting the light, the lampshade can completely change the atmosphere in the room. It not only disperses the lighting, but sometimes changes the color of the light flux, passing rays through it. In some cases, it looks more than unusual, for example, when it comes to carved lamp shades. They transmit light unevenly, creating interesting highlights. They are not suitable as the main source of light, but they are best suited to create a light accent.

Thus, the cap for the lamp performs many functions, each of which competently complements the other, leaving lampshades among the favorites when choosing lighting. Despite the bulkiness, which can often frighten a demanding customer, such functionality fully pays for the relatively large size of the lampshades.

Separation of lampshades is carried out according to several criteria, the main one being the location of the structure.

The division into price niches for economy, elite, or middle-class models is based on the materials that were used to create the lampshades. For example, models from natural fabrics are a priori at the upper price limit due to the high cost of the raw materials used.

The size of the lampshade is its diameter. There are large, medium and small models:

When creating the interior of the room, you can combine lamps with lampshades of various dimensions. This technique will help to make the room look more interesting, make the viewer's eye to dwell on the details.

According to their design features, sewn lampshades on the frame and models on a plastic backing are divided.

Light shades can be attached with a clip on the light bulb itself, however, much more often you can find an option when the mount is carried out to the upper ring. Fastening to the lower ring is much less common due to the fact that it is used for even shapes: flat cylinder-drum, cube and the like.

Heavy models of caps are attached at the same time and for the lower, and for the upper ring to fix the lampshade as tightly as possible. Mostly double mount is used for large floor lamps.

A variety of configurations are amazing. Along with typical forms, such as a cylinder or a cube, untypical ones are also common: a concave Empire, a hemisphere with a rim, and others. Classic shapes have rounded corners. These include:

When choosing a variant of one form or another, you definitely need to focus on the style of the interior, its modernity and spirit. From this depends largely on the final look of the whole situation.

Also remember that models on different frames open up different variations of shapes. For classic interiors, it is preferable to choose embroidered caps with ribs, for modern ones - on a plastic backing. Forms that open when using these frames are optimal for these two main stylistic groups.

It is worth noting that today the cylinder is the most versatile. It can be recreated with the help of an ordinary frame, and with the help of plastic, however, the final appearance will be strikingly different.

At performance of parts of the lamp shade various materials are used: 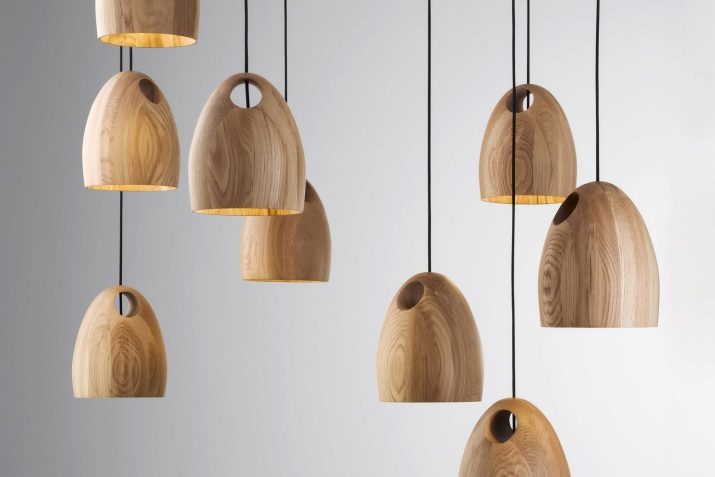 In the trend are both muted models of neutral colors, and bright.

The most popular colors include the following: 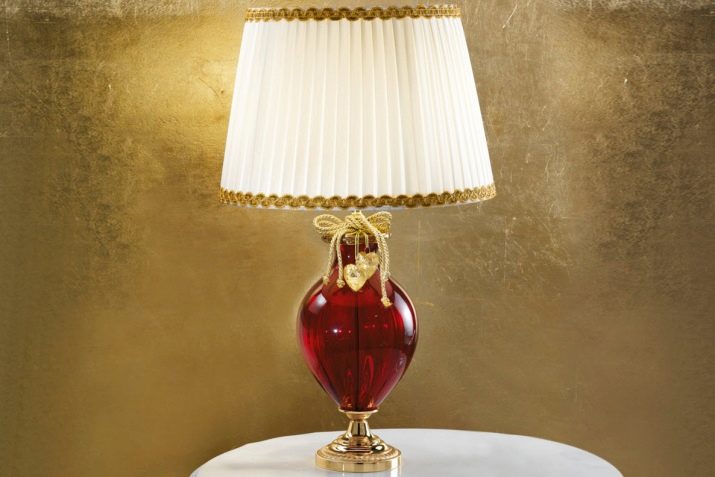 Metal forged lampshades can be performed in restrained colors: black, silver and the like. They are usually combined with glass caps. If a fabric model is chosen for the metal, it is not necessary to ensure that both of them are made in the same color.

Sometimes it is much more interesting to look at contrasting combinations, for example, a black metal base and gold fabric.

Quite often not monophonic lampshades are chosen, but made of fabric with a pattern. In such cases, it is important that the same fabric is repeated in the rest of the furnishing details, for example, curtains, upholstery of chairs and the like can be sewn from it. To combine different prints, you must have a subtle artistic flair, otherwise the resulting duet will not produce the desired effect and will look ridiculous.

If you are not confident in your abilities, it is better not to use the colorful cap in the room. 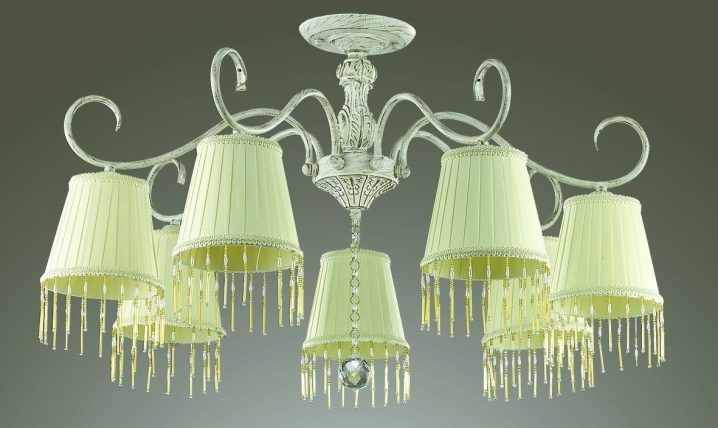 A simple lampshade often looks boring. You can create an interesting and unique sample by yourself.The most unusual way is to renew a decoupage bored lampshade. With the help of this technique it will be possible to create the most unusual patterns, because the choice of ready-made options is huge. Decoupage is often done at home without buying additional equipment.

The glam look of the lampshade can be given if you decorate its bottom edge with a fringe. Fringe at the same time can be any, regardless of its type, fringed lamps look festive and elegant.

Remember that this type of decoration is more preferable for traditional interiors. In most modern rooms, such models will look ridiculous.

Ribbon-stitched appliqués over an ordinary ceiling will give it a touch of rustic romance. Mostly floral motifs are used, but bows can also be used.

In general, you can decorate lampshades with anything: lace, backstage, bows, appliqués, decoupage, stencilled writing, tassels. The choice of suitable options is limited only by the imagination and taste preferences of the owner.

Each style has its preferred models of lampshades.For some styles, they may overlap or even almost duplicate each other.

It should focus on several of the most popular destinations:

On the modern market you can find products from different manufacturers.

The cap for the lamp must be selected after repair, when all the details of the situation have already taken their places. The fact is that a pre-purchased floor lamp may simply not fit into the finished interior, and the use of an inappropriate model will negate all the design efforts.

If there is a problem of choosing a cap under the furniture, pay attention to the bright upholstered furniture in your room. As a rule, a single shade of the same shade will fit perfectly.

It does not matter if it is selected on the ceiling, on the floor or on the table - this rule works equally well in any situation. 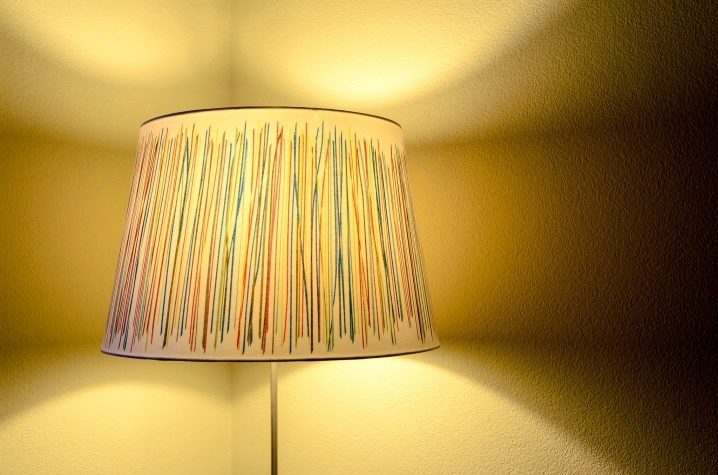 For the nursery, you should opt for bright patterns with drawings, for example, with the characters of the beloved cartoon child. You can stick on the lampshade applications with different little animals, asterisks, cars.

For the bedroom is best to choose a neutral model that does not distract from sleep. The best choice are non-contrast lampshades. For example, in a gray-lemon room, both gray lampshades and light lemon-colored products will look good. It is important that the eyes rest when looking at the lamp shade.

Pay attention to the light transmission ability of the cap, especially if it is used for bedside tables: the light should not be too bright. 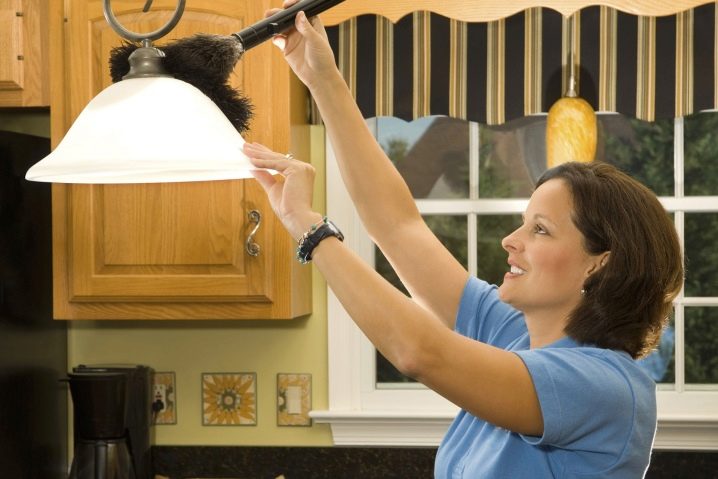 Below are a few examples of lampshades, harmoniously selected for the environment.

When the floor lamp is made of the same fabric as some trim parts, the whole room takes on a more finished look. A ottoman, throw pillows on a plain, discreet couch and a floor lamp on an interesting carved base is a wonderful trio. 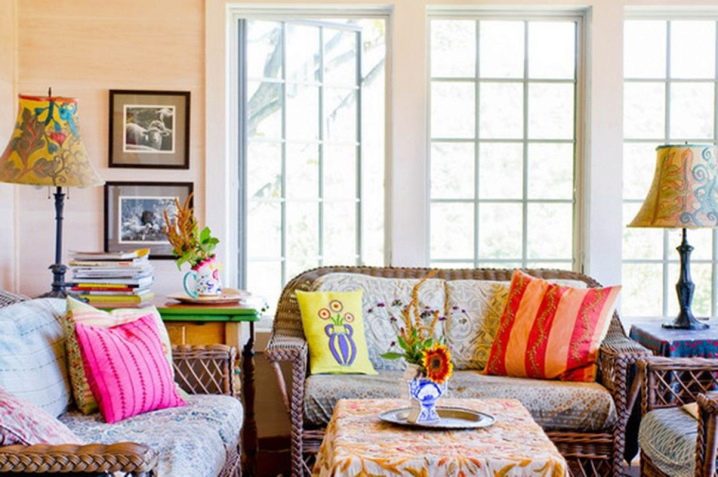 How to make a lampshade with your hands, see the following video:

All kinds of incandescent bulbs

How to choose a lamp for a suspended ceiling?

Features and types of LED curtains

Garlands in the form of fringe: types and tips on choosing
Information provided for reference purposes. For construction issues, always consult a specialist.