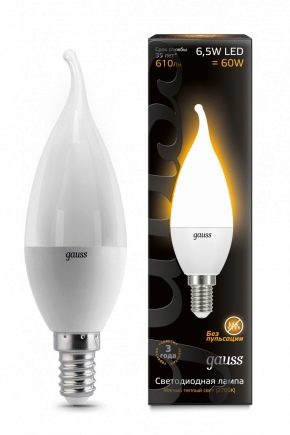 The modern market of lighting devices is literally overflowing with various models that have different technical characteristics and appearance. Recently, the original diode lamps in the form of a candle have become very popular.

Such options are not only very economical, but also very attractive.

Diode or LED bulbs are wildly popular from the day they appeared on the market. It can be said that these details created a furor in the world of lighting devices. Especially it is necessary to highlight the unique candle lamps, characterized by an interesting and elegant design.

In these models, there is a neat glass dome, which is very similar to the quivering flame of a real candle.

As for the other performance characteristics of similar models, they are no different from other LED devices.

It should be noted that the principle of operation of diode candles is more complex (especially compared to incandescent lamps), if we consider them from the point of view of physics. The basis of such products is the interaction of two important components: materials with positively charged and negative particles.

At the time of connection and their transition to another state, light and heat are emitted.

It is worth mentioning that even in the 20th century, special substances that emit luminescence at the time of heat release were discovered. For many years, LEDs were used only as indicators, as they differed by a not very bright light with a reddish or green tint. Fortunately, modern science is at a sufficient level, so experts have found substances that contribute to the emission of more dense and saturated light.

Diodes made from such high-tech materials give people a great opportunity to get quality lighting devices of sufficient power. The design of a modern LED-lamp consists of the following components:

The LED is in many ways different from the good old Ilyich light bulb. First of all, it is worth noting that the diode variants consist of several small particles, combined with each other on a special basis with current paths.

As a rule, the bases of such devices have the same dimensions as the parts in incandescent lamps.

Today, buyers have the opportunity to purchase a suitable light bulb for any lighting device.

Modern LED-lamps in the form of a candle are very popular due to a number of positive qualities that are worth talking in detail: 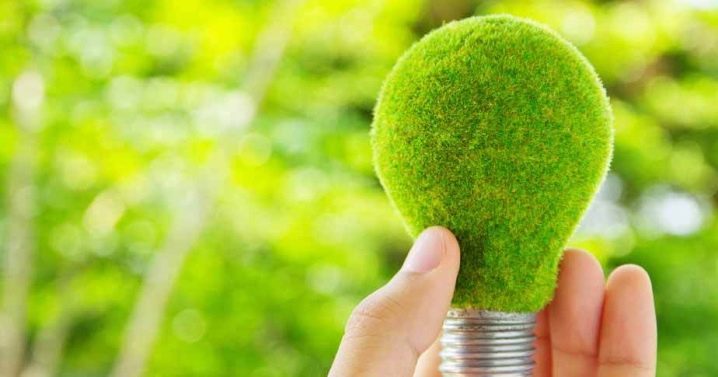 The brightness of the light from such sources far exceeds the power of other options.

But all is not as rosy as it may seem. LED lamps have their drawbacks, like any other items:

LED bulbs emit flicker, which is almost imperceptible to the usual human gaze. Initially, LED devices differed cold light, which often irradiated the eyes. First of all, it had a negative effect on eyestrain and reduced vision. Flickering lights have about the same effect.

But nowadays, LED models are made in a special color range and, as a rule, are adapted for human vision.

Modern LED lamps in the form of a beautiful candle are made with a variety of forms. Thanks to a non-poor assortment of these devices, you can give free rein to your imagination and bring a wide variety of fixtures into the interior.

Are irreplaceable led candle lightsdesigned for elegant chandeliers in the form of a candlestick. It can be both ceiling and suspended structure. Such items with light-candles have always been distinguished by aristocratic and noble design. In addition, these things are absolutely safe, because not a single owner will agree to place a medieval chandelier with an open flame at home, especially if you consider that modern light bulbs that effectively imitate flickering fire are a great alternative to such dangerous devices.

One of the most popular and attractive are bulbs of elongated and curved shape, repeating a small tongue of flame. Such decorative options in the form of "candles in the wind" ways to give a complete lookmatching ceiling chandeliers. As a rule, it is impossible to equip such devices with ordinary light bulbs. There are no lamp shades in them, therefore traditional round lamps in such lamps will look very carelessly.

Fashionable and elegant lighting devices with a "fiery" effect today are in great demand. Many consumers are attracted by the fact that these lamps can have a variety of colors, because they are often used for additional lighting. LED-bulbs can be found even in your favorite Christmas lights.

Choosing a suitable device with a flame effect, you need to pay attention to its lighting ability. The number of watts of the diode is much lower than that of a similar lamp, which is why when selecting such sources it is recommended to rely on what the luminous flux looks like.

For example, a soft warm light with a slight red tint will help to create a very cozy atmosphere in the room.

Cold white light of small power is associated with many people with a sterile operating room, so it can be used to make the setting clean and fresh.

Cold lighting is most often addressed to highlight a modern interior in high-tech or fashionable industrialism style. In such interiors, as a rule, are located pieces of furniture made of metal and having futuristic shapes. In combination with cold lighting, such details look more stylish and progressive.

Such an atmosphere will have a relaxing effect on people present in the room.

Where not to use?

Modern LED bulbs are not recommended for use in certain rooms and under certain conditions:

Review of one of these lamps, see the following video.

Track lighting system in the interior

How to make a lampshade with your own hands?

Wireless lighting in the apartment