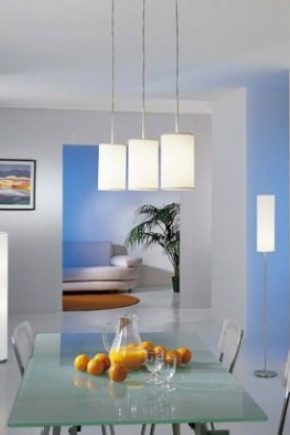 A couple of years ago only a few units took the risk of using LED lamps. Little was known about their characteristics, and their value was infinitely high. But with the development of technology, the functionality of such lamps became more extensive, the price tag fell, which led to the fact that today LED lamps are the most bought type of LED models. 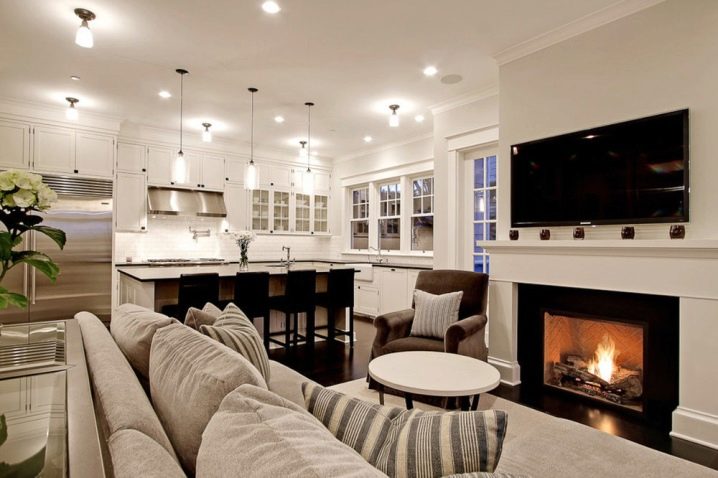 What characteristics are especially important?

Energy consumption is reduced by an average of 10 times with the LED lighting of the room, while the brightness of the luminous flux remains and remains unchanged, moreover, LED lighting has a much longer service life, which will save not only on electricity but also on the replacement of lamps. 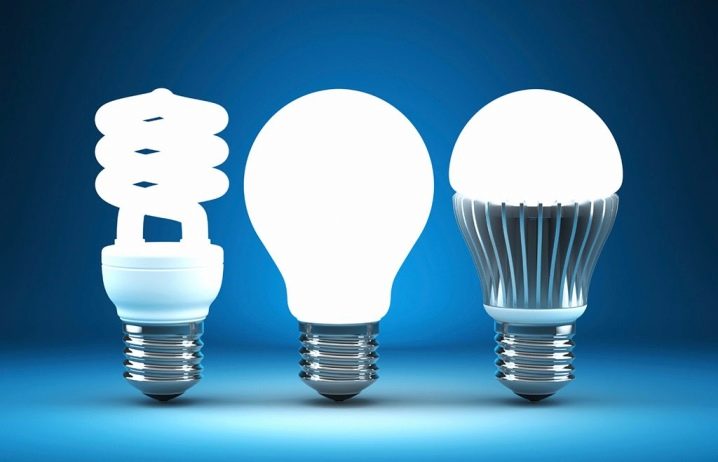 Another advantage is also in favor of LED lighting: they are manufactured using the most advanced technologies, the output is a product that does not contain any toxic gases in itself, mercury and dangerous for human health of heavy metals. Depending on the type of LEDs used in production, such lamps are assigned 4 or 5 hazard class, which nevertheless requires special methods of disposal.

The scattering angle, equal to 360, is best suited for installation in decorative lamps, in which there are various figured cuts, this will create an interesting effect on the wall when using the lamp.

The color perception may differ when illuminated with lamps of different color temperatures, as well as vary depending on the color rendering index. The higher the index, the better the perception of colors and shades. 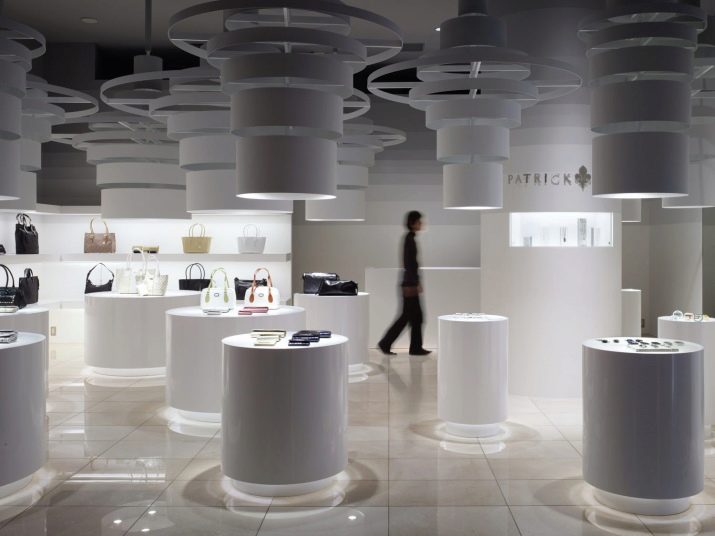 The light source in the LED lamp is a light emitting diode, the number of diodes will depend on the brightness, and on the angle of inclination - the angle of dispersion.

The work is based on the phenomenon of light emission, which occurs at the point of contact of dissimilar substances, while an electric current passes through them. In this case, the materials used by themselves are not conductors of electric current, which creates the greatest interest in this phenomenon. They can skip the current only in one direction and then, subject to their connection. To do this, in one of the materials should be dominated by the content of ions, and in the other - electrons. The process of passing current in these materials, among other things, is accompanied by a significant release of thermal energy, and in some cases also by luminescence. It is the semiconductors capable of emitting a glow when current is passed through, and are the LEDs underlying the LED lamp. 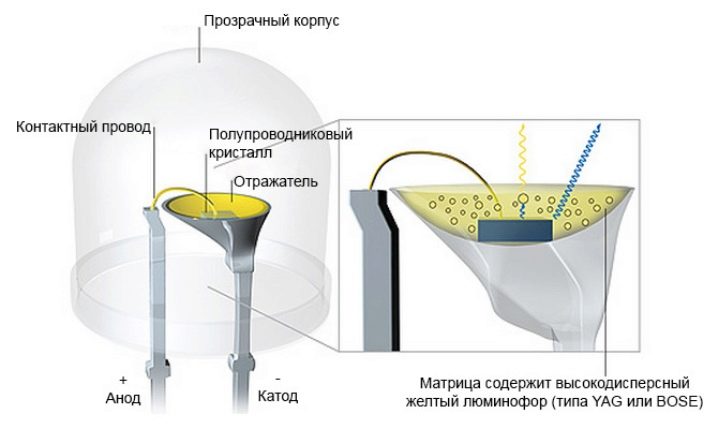 In comparison with conventional incandescent bulbs, LEDs have a number of tangible advantages, among them are the following: 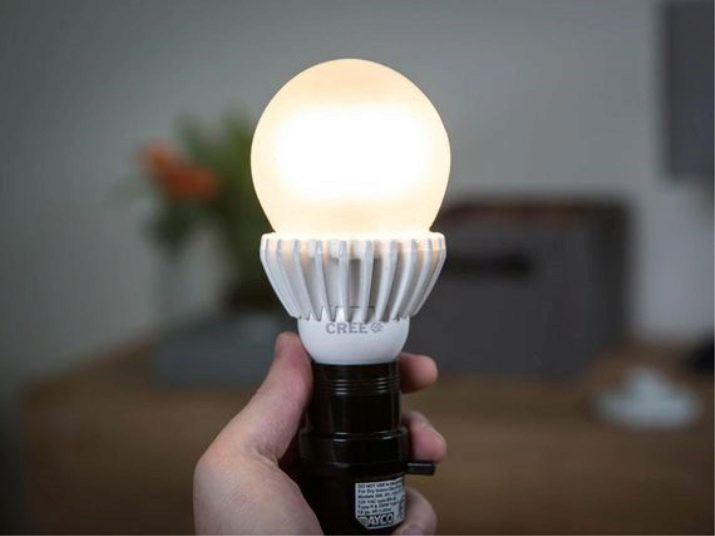 Like any other object, this element of lighting has its drawbacks:

There are several classifications of LED lamps, the separation occurs on the most important basis. The following classification groups are distinguished:

So, depending on the place where this light element is used, the following types are distinguished: 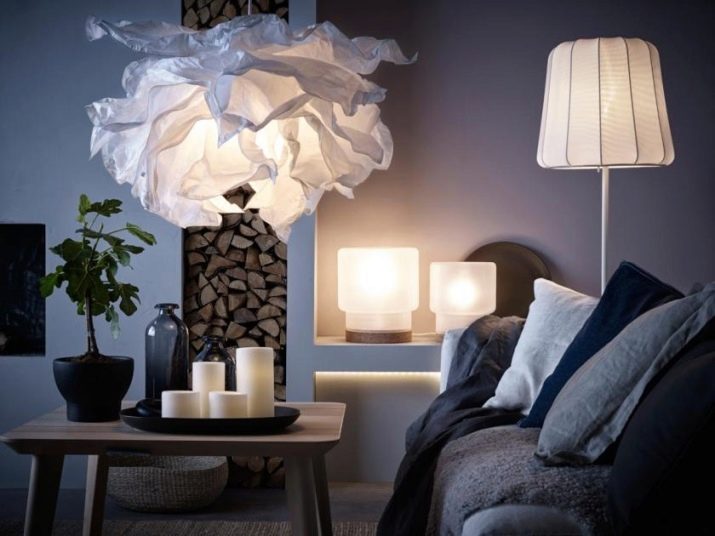 By luminous flux and design:

Classification by type of LED used: 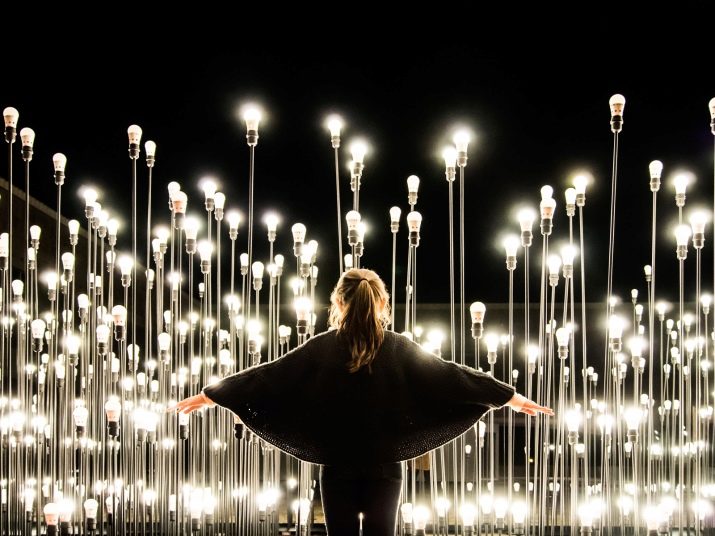 By type of base:

All existing bases are divided into 2 main groups: low-voltage and high-voltage.

Among the low-voltage ones, type G caps are mainly present. This is a pin connection with a socket. This type of socket can not be directly connected to the outlet and requires a special adapter. The high-voltage ones include standard E-type base or “Edison” base. A standard threaded base suitable for almost any luminaire.

Separately, it is worth noting a special group - rechargeable lamp. In this case, the LEDs are charged from the network and operate in standalone mode, as a backup power source.

Today, there is a huge variety of different forms of LED lamps, for the convenience of the consumer, modern models have special markers on the package that indicate the shape. The designation is carried out using the Latin letters corresponding to the first letter of the word denoting the form. In addition, along with the letter designation there is also a number - this is the size.

Types of spotlights and fixtures

LED spotlights differ in the type of installation. So, allocate stationary and portable models.Fixed spotlights are fixed in a specific place with strong metal holders. Most often, this type of floodlights is used to illuminate streets and buildings.

Portable spotlights are mounted on a sturdy temporary tripod type structure. For convenience of carrying and fastening, the projector of this type is equipped with a special handle. The portable model is used to illuminate temporary exposures during construction work, and is also actively used by photographers at photo shoots.

Floodlights can be used in the garden area, while to save energy, you can choose models with motion sensors.

Furniture lamps are also divided into subgroups according to the type of their installation, they can be:

In addition, as a backup light source are often used portable models that work from alternative power sources. For example, the wireless model on batteries is the most demanded among other models of this type.

By appointment, all LED light sources are divided into options:

Rating LED lamps today is not easy to make, because it is too difficult to divide them into good and bad.There are a lot of shades, and if one is good in one particular characteristic, it will not necessarily be as good in the other.

However, it can be said that the highest quality models that meet practically all the demands of a modern user are supplied by European manufacturers. Their only drawback is the relatively high cost. One of the leaders of the European market is Osram, a little lower in cost, but with acceptable quality. Wolta.

Among the Russian manufacturers, the company SvetaLed stands out. This company is engaged in a full production cycle. In addition, there are several companies in Russia that are developing blueprints for future lamps, after which they are sent to China, and the structure is already being assembled there at the factory. These companies can be quite popular today. Navigator, Feron, Gauss. These goods have a cost much lower than others, however, and the quality does not always meet all the requirements and here, as they say, as lucky. Therefore, to focus only on the ratings and popularity of models in this case is impossible, you just need to try and find the most suitable option. 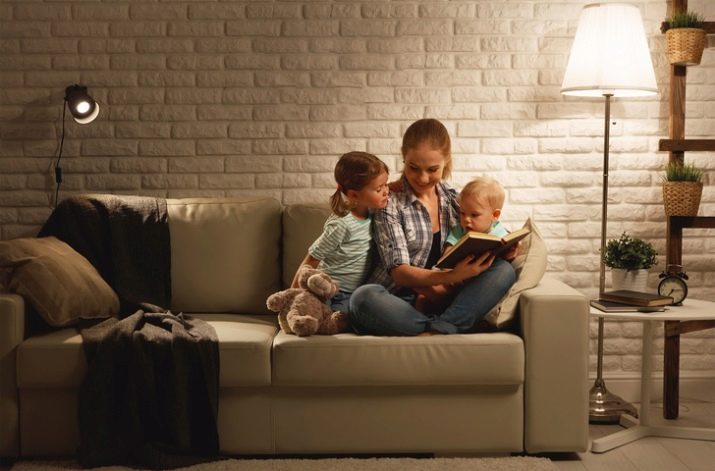 How to choose LED for home?

After weighing all the pros and cons of relatively LED, the decision was made in favor of LEDs, how to choose them?

First of all, it is necessary to determine the required capacity. It should be remembered that the power of LEDs is 8-10 times lower than that of an incandescent lamp, while the light beam will be identical in brightness. Therefore, for ceiling lighting, it is advisable to use models with a capacity of 8-10 W, for sconces and wall lights an ideal power of 6 watts.

Next, you need to focus on the selection of the desired color temperature and the importance of maximum color reproduction. Warm white light is most suitable for home. This shade is able to create a cozy atmosphere, so it is perfect for a bedroom, living room or kitchen. It is better to use a cool white color to illuminate cabinets; it will stimulate brain activity, add vigor and tune into a working mood. The color rendition index is recommended to choose at least 80. 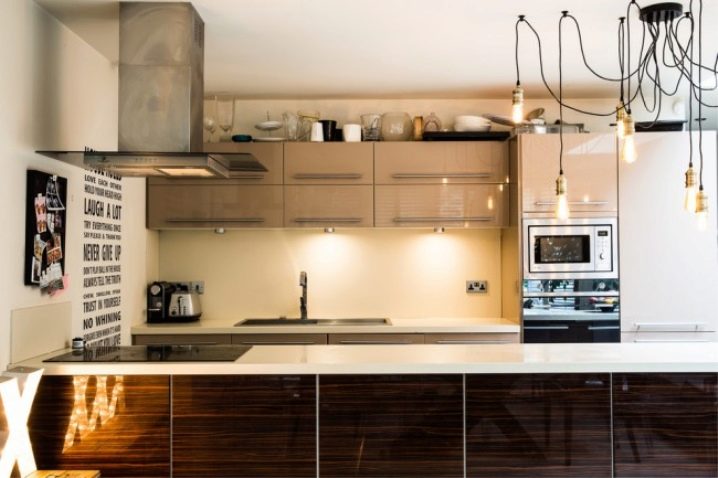 All lamps have different form of ammunition, therefore, choosing a suitable model, you should pay attention to the type of base. The most common type, which is suitable for most lamps, is a helical base. It is indicated in the markings, as the base E. In addition to the type of base, it is necessary to choose the right size. It is indicated by a number equal to the measurement of the diameter of the base in millimeters. The standard size is E27, however, today more and more manufacturers use E14, for more interesting design solutions in their lamps.

Spotlights usually have a slightly different cartridge device and therefore it is necessary to choose models with a base like GU for them. Their size is determined by the distance between the contacts of the base. In order not to be mistaken with the choice of base, it is recommended to remove the existing lighting element and go to the store with it, so that the selection is as convenient and correct as possible.

Checking the lamp before buying is also necessary in order not to mistakenly buy a narrowly directed light source, if, of course, this was not the original purpose of the purchase.

Based on all of the above, it is safe to say that the use of LED allows not only to save the budget for saving energy, but also to make its own contribution to the preservation of the environment.

You will learn more about LED lamps in the following video.

How to make a lampshade with your own hands?

Wireless lighting in the apartment