Stretch ceiling "Starry sky" in the interior of the children's room 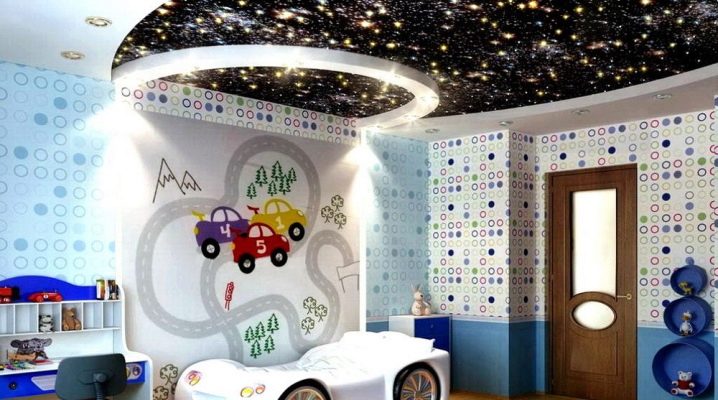 The starry sky is full of mysteries, it always attracts with its mystery. That is why designers and decorators so often use it as inspiration. In recent years, a particularly interesting idea for children's rooms is a suspended ceiling in the style of "starry sky." What is a ceiling of this type, what features it has, features and design, will be described in more detail in this article.

"Starry sky" is not just the name of the stretch ceiling, it is an entire structure, which is performed using a variety of miniature LED lights, a light generator and luminous filaments. It is these light bulbs and allow you to create the effect of the starry sky right in the nursery.Patterns that are created with the help of various lamps and light ribbons, as a rule, imitate stars, planets, constellations, comets and other cosmic bodies.

"Starry sky" can be realized in the nursery with the help of several technologies.

Using both methods, you can create a very realistic night sky with stars in the baby’s room.

To make the star ceiling as spectacular and fascinating as possible, experts install a special light generator on it, with which you can achieve the following:

As a rule, to make a high-quality and durable construction, specialists create several levels of a stretch ceiling.

It is important to note that, despite the two-tier ceiling, it will not make the room smaller or lower, on the contrary, with the help of this design the room can be significantly expanded.

Space light design on the ceiling has a lot of features and characteristics, which include:

To create the most natural look of the starry sky in the interior of the children's room, of course, you have to contact the specialists, since non-professionals are unlikely to be able to realize the real beauty that will delight not only the child, but also the parents. 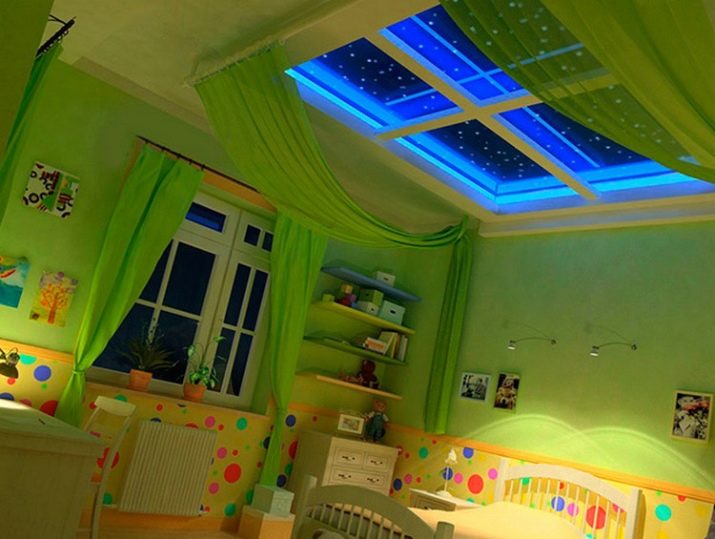 Stretch ceiling in the style of the starry sky can be decorated using a lot of different effects. You can combine them and create your own. The most relevant ceiling design options with additional effects are: 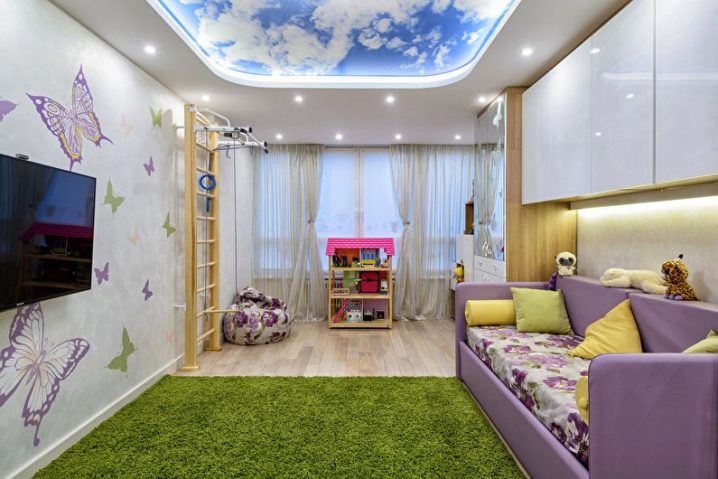 When making a star ceiling special attention should be paid to the overall interior. Particularly advantageous will look the walls in the same style.

Beautiful patterns that mimic the galaxy, suspended stars, flickering light bulbs of different colors - all this will help create a ceiling that will not only decorate the room, but also help the child in development from an early age.

Each of the design options has its pros and cons. When choosing one of them, you should, first of all, rely on the personal preferences and wishes of the child, take into account the parameters of the room and the overall interior, and also not forget about the financial issue. Stretch designer ceilings often cost quite expensive. 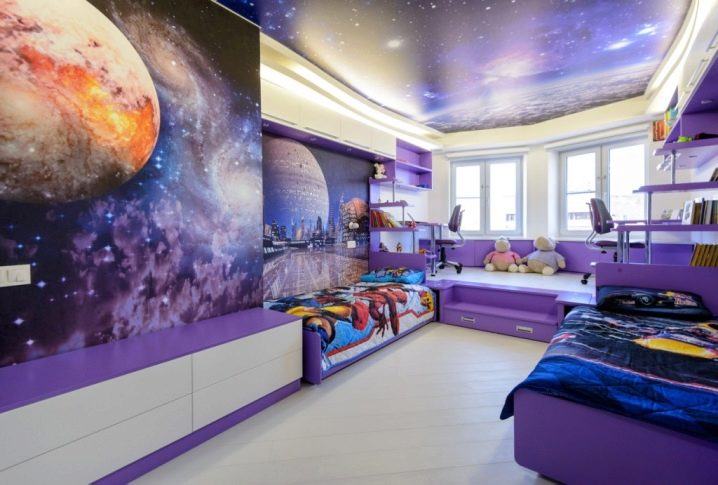 To learn how to make a suspended ceiling, see the following video.

How to choose light bulbs for suspended ceilings?

Two-color stretch ceilings in the interior

Stretch ceiling in the bathroom: the pros and cons

Impressive stretch ceilings in the interior