What are beacons for plaster and where are they used? 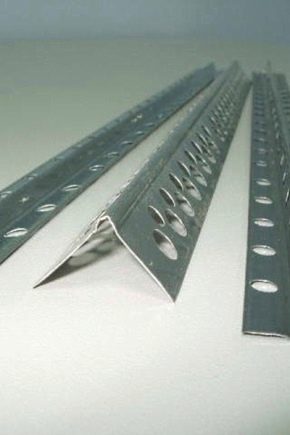 Nowadays, many owners of private houses and apartments face the problem of uneven walls. Such defects are especially noticeable in the corners. Because of this, rooms may look less attractive, and putting furniture will be quite problematic. In many cases, plaster is used to level the walls. It is most convenient to apply it on such bases with the use of such elements as beacons. Let us consider in more detail the features of this process.

In most cases, before applying paint, sticking wallpaper or laying tiles, the walls need to be properly leveled, otherwise the lining will simply not be held securely in place.Many home and professional masters to solve this problem have resorted to the use of high-quality plaster mixes. It is recommended to apply them on uneven or cracked walls with the help of special beacons.

To begin with, let's answer the main question - what are plaster beacons? These elements are used when it is necessary to make the walls even or to hide the cracks on them. Based on the position of the beacons, the builder applies the plaster on the base, thereby aligning any irregularities and drops.

Most often, lighthouses are installed along the entire length of walls requiring plastering. For this reason, fasteners located at their two ends would be too small to fit snugly to the base. This feature explains the fact that the plaster beacons are fixed at several points at once.

It should be noted that the installation of beacons on walls with large cracks should only be after identifying the main cause of the appearance of such defects. The source of the destruction of floors must be eliminated. In some cases, you have to turn to reinforcement.

Too large cavities and technological openings on the walls must be repaired before installing the beacons.As a rule, the same mortars are used for this, which will later be used for plastering the foundations.

Plaster beacons are made from different materials. They can also vary in size, length and shape. Thanks to such a rich choice, it will be possible to choose suitable elements to any wall floors and their individual sections. In addition, the owners can do all the work with their own hands, saving money on contacting specialists.

But do not think that lighthouses are used only when finishing walls. These details can be accessed in those cases, if you arrange such planes as the floor, ceiling or slopes. In all cases, the beacons will be very useful and convenient components that allow you to put a layer of plaster quickly and evenly.

Few people know, but beacons are not only factory produced.

Some craftsmen make their own. Most often, such bars are wooden bars (they are especially relevant in cases with wooden buildings). Such parts are attached to the walls to be trimmed with screws,thanks to which the plastering process becomes easier and faster.

More experienced repairmen often turn to plaster lighthouses. For this purpose, screws are fixed on the necessary areas. Their caps play the role of a peculiar level by which a solution is subsequently applied.

As mentioned above, today when applying plaster on floors, different types of beacons are used. Each type of these landmarks has its own characteristics that must be considered before starting work. Let us consider in detail what are the distinctive features of different types of plaster beacons.

To begin, consider the properties of beacons made from different materials.

Iron beacons are among the most common and sought after. Modern manufacturers make them in the form of perforated pads with a strong rounded top. As a rule, these structures are coated with zinc, therefore, being under plaster, they do not corrode. Installation of these types of beacons is made with the help of fasteners and quickly setting plaster mix.

Let us dwell on the main advantages of iron lighthouses.

However, modern galvanized beacons made of iron have their drawbacks.

Steel varieties of plastering rails are reusable. Most often they are used by experienced craftsmen. You can use such items many times, thereby recouping the costs incurred in purchasing them.

The main advantages of steel guides.

Steel beacons do not have serious drawbacks, however, there are some “weaknesses”.

The second most popular are the beacons of plastic.

They are similar in many characteristics to metal versions, but they have a number of distinctive features.

Unfortunately, plastic beacons have a number of drawbacks. Consider them.

Lighthouses differ from each other not only in materials. Consider what else there are guides for plastering the grounds.

As mentioned earlier, plaster beacons are not only factory produced, but also self-made. They cost the masters cheap, and their creation can not be called too complicated. For self-production of beacons, people usually use a corner made of metal or a pipe. Of course, it is permissible to refer to other suitable items that have a similar structure. For example, it may be wooden slats. However, they are not so often approached because of their susceptibility to deformation.

It should be noted that the use of improvised foundations usually increases the consumption of plaster. As a result, the cost of finishing work is also increasing. There is another popular option for homemade beacons - a metal profile for drywall. These landmarks are the cheapest. Suitable for cases where you need to put a thick layer of plaster.

There are also special string beacons.

They are cheap, and make them so. 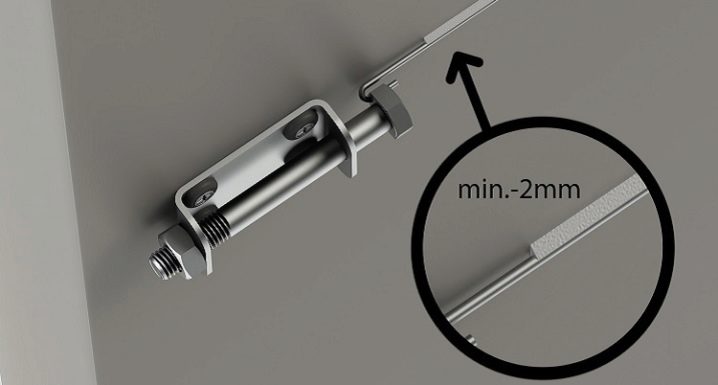 The main advantage of the string beacon is its low cost. The wire is cheap, and the screws are at home in almost every master. In addition, these types of beacons are not subjected to deformation, such as metal or plastic.

As for the minuses, these include the following.

Lighthouses for plaster can have different dimensional parameters.So, the most common are the guides with dimensions of 6 mm x 3 m. Such elements are most often used when laying the plaster layer in 6 - 10 mm.

Also there are lighthouses with dimensions of 10 mm x 3 m. If you use parts that have such width and height, you can lay the plaster with a layer of more than 1 cm.

How to make yourself?

Today, many home craftsmen are turning to the use of homemade plaster beacons. You can make them in different ways. Consider some of the most common options.

So, to create a long beacon, which is suitable for walls, floor, and ceiling, you need to stock up on a long level or a perfectly flat profile, rail. It is recommended for such work to enlist an assistant. Then one person will hold the rail on which the level is located, and the second person will be responsible for laying the solution along the rail length. It is also recommended to add asbestos or alabaster to the plaster to organize this lighthouse. This is due to the fact that the dense layer of the mixture will dry a little longer than normal.

First, you will need to lay the solution level along the entire plane of the base, mark the last point and work, starting with the first. Put the rail and put it under the mixture.

Short homemade beacons are made on the same principle. However, they must be done by 30 - 50 cm and set in staggered order. As a rule, such elements are addressed when it is necessary that the meter and half-meter rules are enough for the entire gap between the lighthouses.

You can also set your own lighthouses with self-tapping caps. So, on the drawn and verified level of the line fasteners are installed. Based on the location of their caps, put plaster. To do this, use a spatula or a wooden bar, which presses the solution to the fasteners. This type of lighthouses do not need to be cleaned after all the work.

You can make string beacons with your own hands. To do this, you need to install several screws and skip wire between them.

Before fixing the beacons under the plaster it is necessary to mark the base. In this case, you can rely on various techniques.

Let us consider in more detail the easiest way to mark the ceiling for mounting guides.

After marking the base, you can proceed to the direct installation of beacon guides.

To begin, consider how to do this with a solution or glue.

Installation on fasteners is a little different.

This method is chosen by many masters, as it is simple and fast. However, it should be noted that with this the thickness of the plaster layer will be slightly more - by 0.5 cm.This will affect the total amount of work.

Most of the house craftsmen, who have decided to self-plaster the walls in their home, speak positively about the use of beacons. In their opinion, the use of such parts greatly simplifies the finishing works, and also makes it possible to refuse the expensive services of experienced repairmen.

What confuses many people is that metal beacons can eventually leave rusty stripes on the walls that will ruin the whole decoration. The owners rarely encounter a similar problem, but the probability of the occurrence of this defect still remains.

According to homeowners, long beacons are not very convenient to transport. This is especially true of flexible parts that are easily damaged by inaccurate handling.

As for the direct work on the installation of lighthouses, then the lion’s share of home craftsmen does not see any problems. The main thing is to be careful and always use the level - then the bases will not be crooked and unaesthetic. 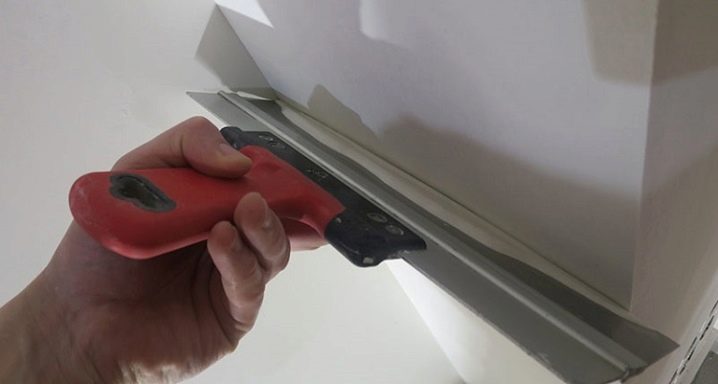 Reusable steel beacons are not recommended for home craftsmen to decorate ordinary dwellings, as more often experienced repairmen, who regularly carry out similar work, turn to these elements.Otherwise, the cost of such parts may be unjustified.

In the next video you will find a modern way to install high-quality beacons under the plaster.

Subtleties of the process of plaster slopes

Decorative plaster: preparation and application of their own hands