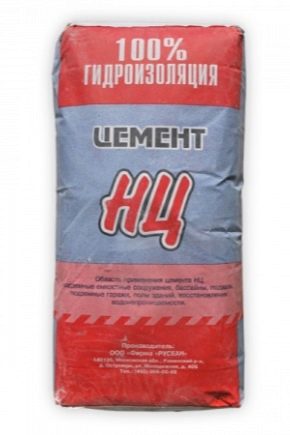 In the construction of both high-rise buildings and small buildings, the use of a concrete solution is an important component of proper and competent work. Without it, it is impossible to make laying the foundation and screed the floor. Concrete contains cement. It is unstable to the effects of aggressive environment, poorly tolerates cold temperatures, and also has poor water resistance. In addition, the cement gives a strong shrinkage. 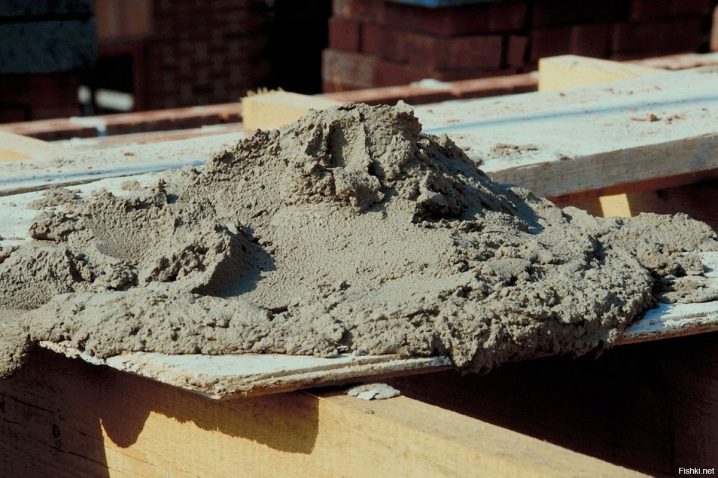 Straining cement ("NC") is widely used because its use solves the above problems., the material may fit in difficult conditions.The main difference of the straining cement is that when the concrete mix hardens, it begins to expand. Due to this, low temperatures and shrinkage process do not cause damage to the structure. 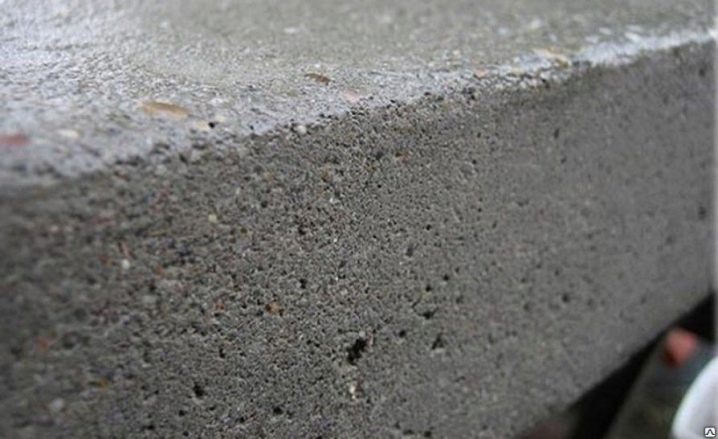 Portland cement, which is part of the concrete, contains gypsum and fine cement clinker. On average, ordinary portland cement shrinks around 2 mm / m. The full effect can be seen after 2 weeks of use of the mixture, when the composition hardens. At week 3 there is a risk of cracking.

Straining cement gives much faster expansion, which can be observed within 3 days after applying the mixture. That is, in this case, the concrete will harden much faster, which will give additional strength and help preserve it during the “dangerous” period.

As part of self-expanding cements are a variety of additives, due to which a similar effect is achieved. The more such impurities, the faster the expansion of the mixture, that is, the solidification of the composition will occur in a shorter time. However, with too many additives, the curing time can be reduced to 4-5 minutes, which will create additional difficulties in working with the material. 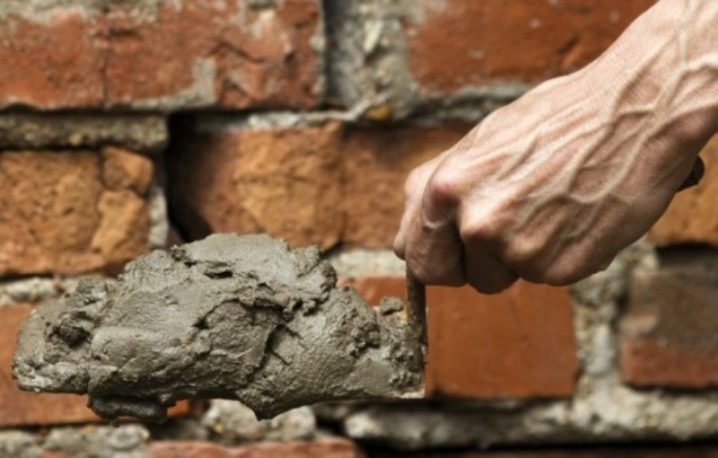 The composition of the material

Its main features are quick setting and high strength. When diluted with water, the mixture sets in a short time. After this, the expansion process takes place. 24 hours after laying the composition gains strength of about 300 kg / cm3.

In this regard, the expansion of the material occurs, and there is a load on the reinforced concrete structures. It is important to understand that the characteristics of the mixture may vary, depending on its components. 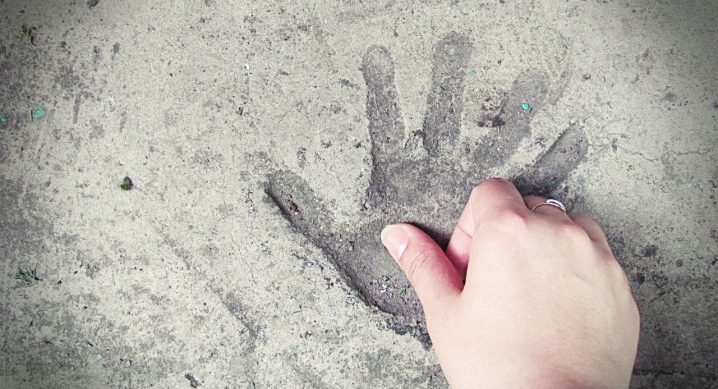 If we draw an analogy with the usual composition, the straining cement has a longer service life due to the large number of positive properties.Even currently used modifying fillers are not always able to compete with him. Due to this, the use of this mixture is characterized by good reviews about its use. 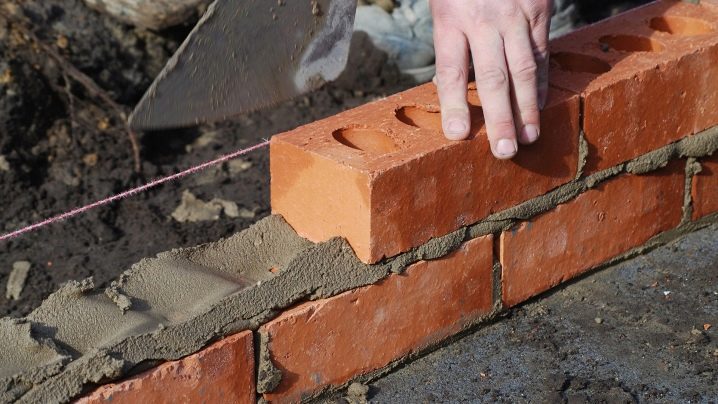 As for the technical characteristics, they can be seen on the back of the package. It is mandatory to indicate the initial setting time of the solution. It is about 30 minutes. Then comes the bending strength after 48 hours and after 4 weeks - 3.8 MPa and 5.9 MPa respectively, as well as the compressive strength at the same time will be 14 MPa and 49 MPa.

Self-stress indicator is 2 MPa. Resistance to frost - F-30. Linear voltage of the solution can vary from 0.3 to 1.5 percent.

The package also states that it is possible to carry out work with the composition at a temperature of from +5 to +35 degrees. Straining cement is packaged in paper bags of 25 and 45 kilograms.

The time during which the cement has time to harden, as well as what technical characteristics it will have, depends mainly on the proportions of the main constituents of the material. In order for these items to be fixed and spelled out, a GOST 31108-2003 document appeared.It regulates the proportions of the components, which helps to avoid problems and misunderstandings during all construction work.

The choice of a particular type of cement depends on the area of ​​its application, but the NC 20 brand has gained the widest popularity due to its optimal characteristics and a large number of positive reviews.

Using NC 20 helps to achieve a high level of concrete strength. Expansion and tensile strengths are higher than those based on ordinary Portland cement. The water pressure maintained by concrete with the addition of NC 20 can reach 20 atmospheres, and the frost resistance can be up to 1500 cycles.

All of the listed characteristics make this type of tensing cement especially demanded in various types of construction works. 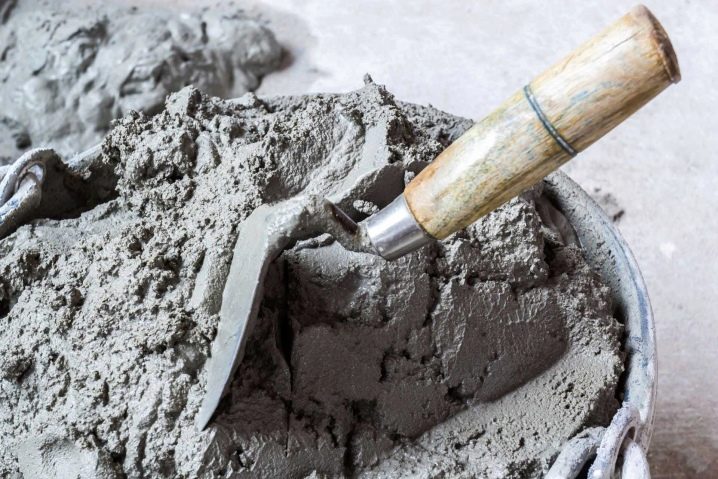 Where do they apply?

Due to the positive characteristics of the straining cement, its area of ​​application is quite wide.Its use is relevant in the construction of pools and the arrangement of sewage treatment plants. Given the resistance to adverse environments, it can be used to create structures subject to significant dynamic loads, as well as facilities intended for the storage of toxic materials. Given the waterproof properties and good adhesion properties with the previous concrete base, this self-expanding compound is often used in the repair of buildings that are prone to flooding, as well as in the manufacture of pipelines.

When arranging private houses, cement NTS 20 is often used to create fireplaces and stoves for heating. In the construction of a bath, garage, underground premises, this composition will also become an indispensable helper. For any work that requires resistance to temperature extremes, waterproofing is also advisable to use tensile cement. It is irreplaceable at seal of cracks and seams, increases strength of the bases. 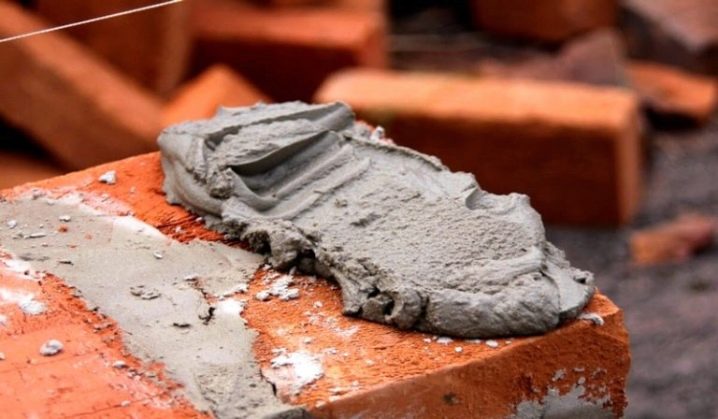 It is important to remember that it is not recommended to mix the straining and other types of cement, since this will lose the special properties of the NC.The optimal proportions for a solution of good quality - NC 20 and river sand. The composition must be mixed 1: 2.

To obtain the greatest effect when using straining cement, the entire territory in which it will be used must be carefully prepared. Joints and surfaces need to be properly washed and degreased, and the walls of the formwork must be moistened.

The list of items required when using the composition is quite extensive. It is necessary to prepare special clothes in which work will be carried out. You will also need: a tank in which the mortar, a shovel, a rag, high-frequency vibrators for concrete and a triangular trowel for cementing will mix. 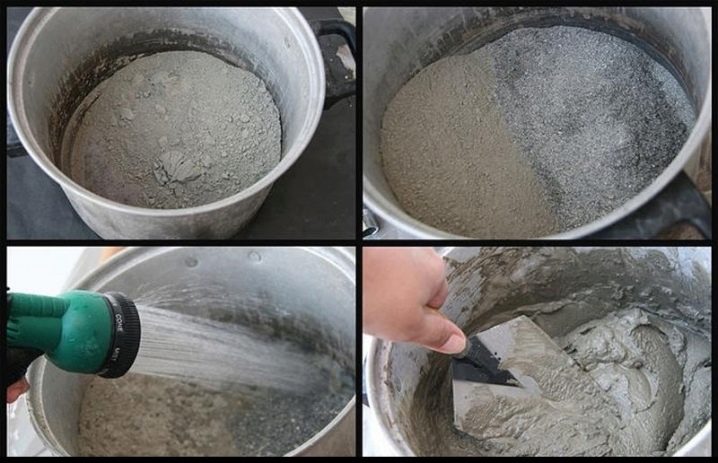 All types of cement are necessarily marked. This is done in order to make it clear which composition and for what purpose can be used. Includes numeric and alphabetic notation.

Until 2003, GOST 101785 was used. Its designation included the type of mixture, its strength, as well as the presence of mineral additives, which was indicated as a percentage. At the end, additional properties were noted. 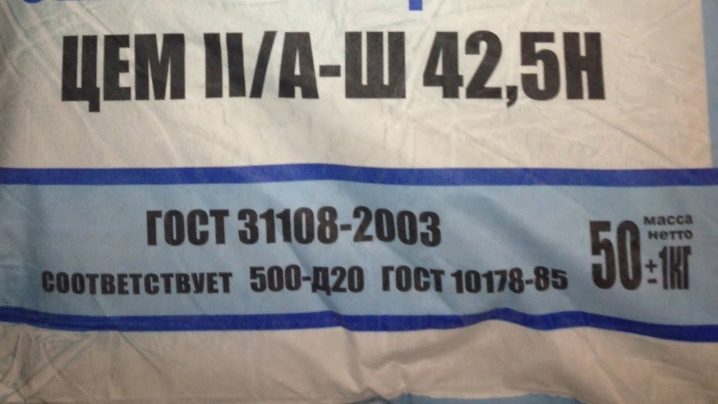 According to the current GOST 31108, the marking has changed a little, but for the convenience of customers, the packaging still uses both versions for the most part. In the new labeling is the first composition (I - with the absence of additives, II - with additives). Mixtures with additives are divided by their number, the letter “A” indicates the presence of from 6 to 20 percent of impurities, the letter “B” - from 21 to 35 percent. Roman numerals indicate what type of additives are used in the mixture.

Further figures indicate the margin of strength - from 22.5 to 52.5 MPa, and the rates of compression of the material, which range from 2 to 7 days and are denoted by the letters: “H” - normal-hardening, “C” - medium-hardening, “B” - fast-hardening compound. The most actively used, considering its properties, is cement grade 32.5N.M500 is suitable for specialized facilities, as it is characterized by special reliability and a longer service life.

According to the experience of professionals, straining cement has many more advantages than disadvantages.

There are negative points.

How to knead the cement mortar, you can learn from the following video.

Self-leveling mixture for the floor: what is needed and the details of the application

M400 cement: composition and use