What is the difference between plaster and plaster? 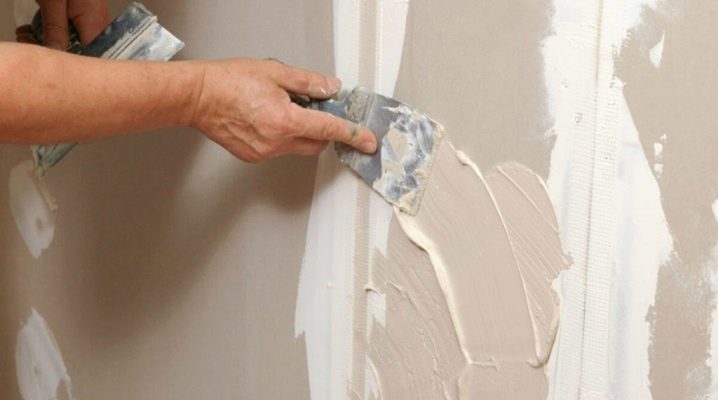 The modern construction market is “rich” in a variety of materials and compositions used for repairs. One of the most popular types are plaster and putty, which are widely used for wall decoration.

Many people mistakenly believe that these building materials are no different from each other. Therefore, to understand the difference between the compositions, it is necessary to become familiar with the features and properties of each option. 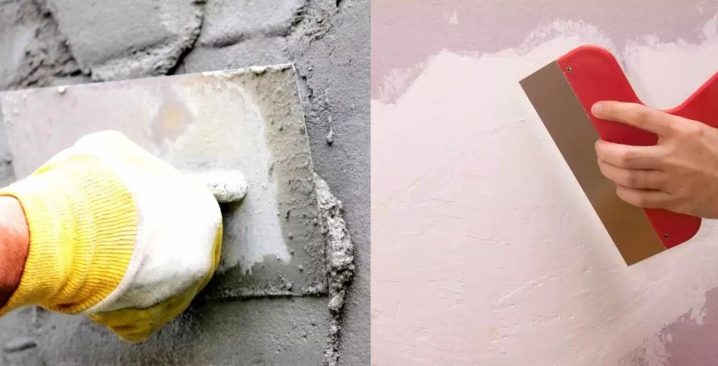 For a start it is worth saying that plaster is used to eliminate cracks and various surface defects. After its application, a hard and durable layer is formed. Plaster can be used to level not only walls, but also ceilings. With the help of such a building mixture, you can quickly and efficiently get rid of surges on the surface.

Often, the plaster is applied only in a single layer, which is several centimeters. This is quite enough to eliminate irregularities and get rid of cracks. At the base of the plaster mixture there are large granules. The size and thickness of the applied layer directly depends on the size of these components.

To create a simple plaster used the following components:

One part of the cement will be enough for three parts of the sand base. It is worth noting that it is quite difficult to knead such a mixture, especially if you are first engaged in repair work.

More often plaster is used for large surfaces. This option is somewhat cheaper than the plaster mix. It is worth noting that this composition is easier to apply to the surface. In addition, the gypsum mixture lends itself well to alignment, which simplifies the repair process.

To understand how plaster differs from plaster, it is necessary to become familiar with the basic properties of the material.This compound is most often used to remove small defects on the surface. Unlike plaster, you can putty the surface with a thin layer, since the base does not contain large granules. 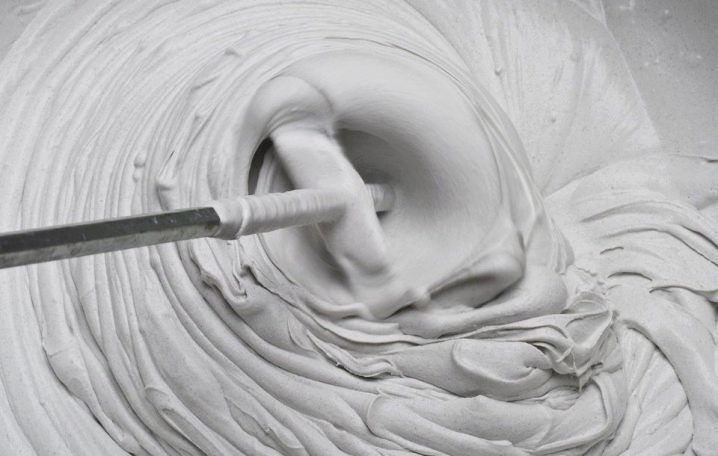 A fine mixture is applied both on the wall and on the ceiling. The composition is well leveled, which is produced with a spatula. In addition, manufacturers of this material offer customers a fairly wide range of mixtures: 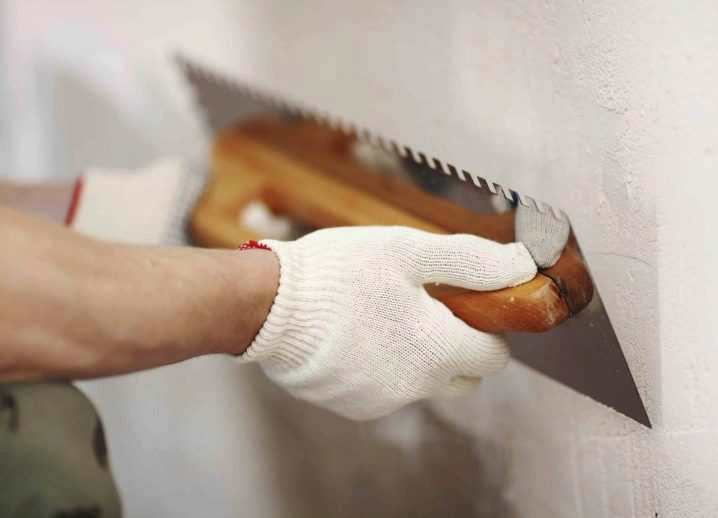 Putty and plaster are used for leveling surfaces. But the second option is most often used to repair severe damage. It may be cracks, strong drops on the wall or ceiling. This is due to the fact that large granules provide reliable fastening of the layer during application. 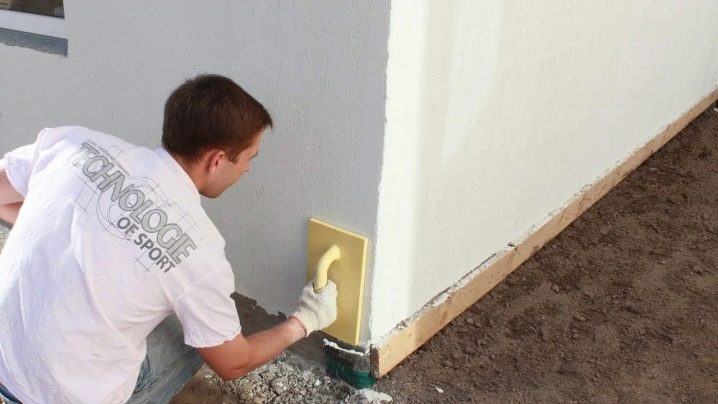 Another feature of plaster is the absence of shrinkage. But many experts say that the layer thickness should not exceed 30 mm, otherwise reinforcement is required. It should be understood that due to its structure, plaster is able to eliminate serious defects. But to provide a perfectly smooth surface using this composition is impossible.

As for the putty, it contains smaller components, as mentioned above. Due to this, the composition will provide a smooth surface at the end of the preparatory process.

After processing with putty, the wall is fully prepared for further manipulations - decorating and wallpapering.

The peculiarity of this material lies in the fact that it can be used to eliminate minor defects on the surface. If the putty is applied with a thin layer and the proper technology is observed, the composition will keep well for a rather long period.

If the layer is too thick, further shrinkage of the material may occur..

Often, when performing repair work, plaster and putty are combined. The first option is used for initial leveling surfaces, the second - as a finishing treatment.

The difference of materials is not only in the main components and the final result, but also in the methods of application. Basically, the method of work depends on the type of filler used, since it is this component that determines the nature of the mixture with the surface. 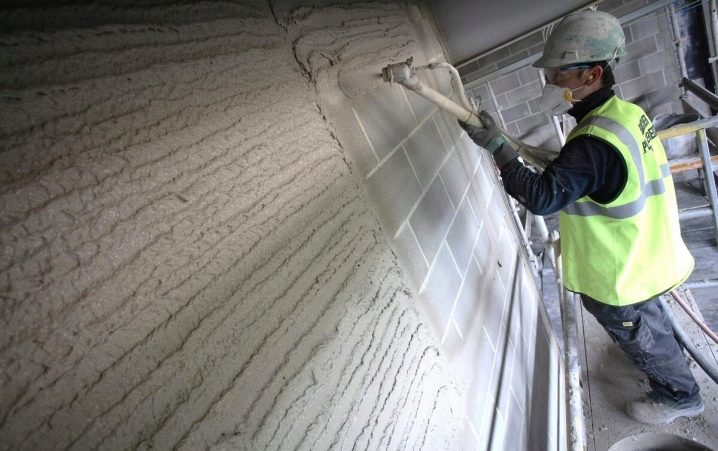 To work with cement type plaster by master, a special spatula is used. Using the method of throwing, you can ensure maximum adhesion of the material to the treated wall.

Particular attention during operation should be given sufficient moisture.

The surface periodically needs treatment with water or otherwise plaster does not adhere well to the wall. 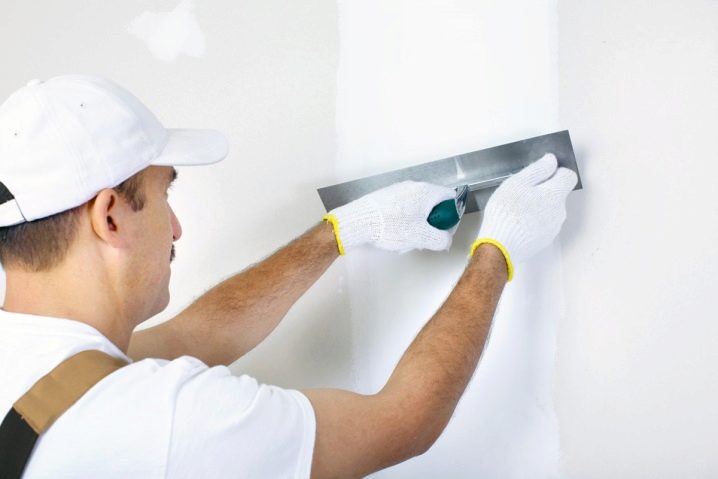 Finishing of internal surfaces is carried out by one stage. As for the exterior work, before plastering the wall, you must first carry out the moistening and apply a primer over it. Obligatory stage is nakryvka.

In the end processing is done with putty or decorative plaster. In this case, the choice depends on your preferences and, of course, the type of surface.

As for the putty, then this composition is best applied with a special spatula.A narrow tool is used to collect the mixture, after which it is transferred to the inventory with a narrow base. Next, the mixture is washed away over the surface.

Putty, especially plaster, must be spread on the wall in a thin layer. In this case, the material is not deformed and does not shrink.

Choosing a putty and plaster to prepare the walls in the room, you should pay attention to a few important points: 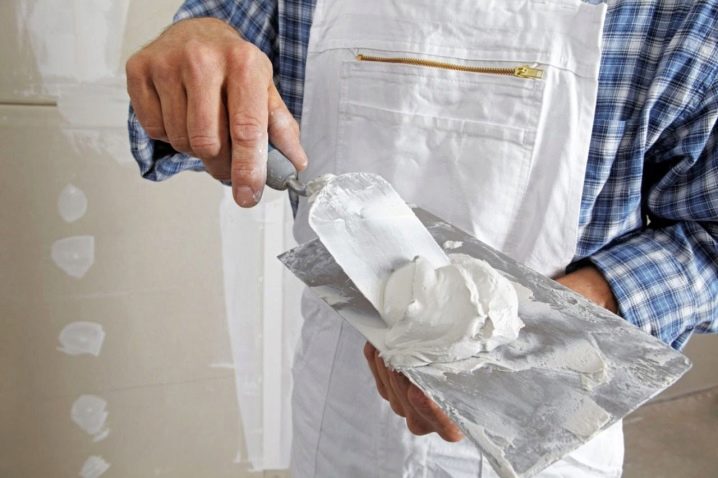 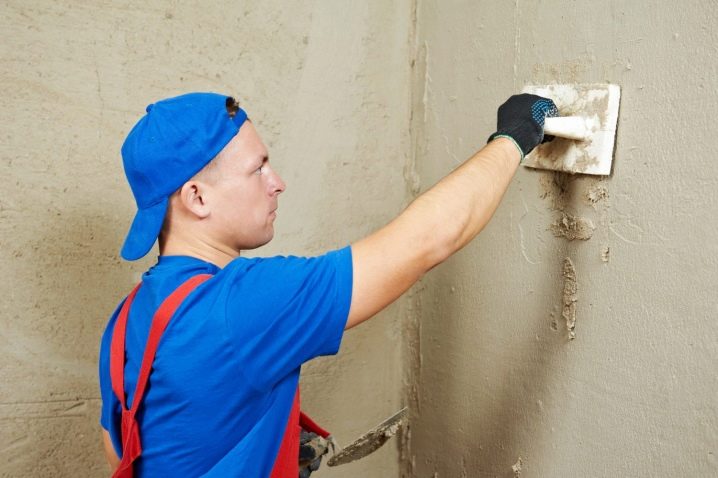 If you are doing your own repairs for the first time and have not previously worked with plaster or putty, you need to pay attention to several important nuances: 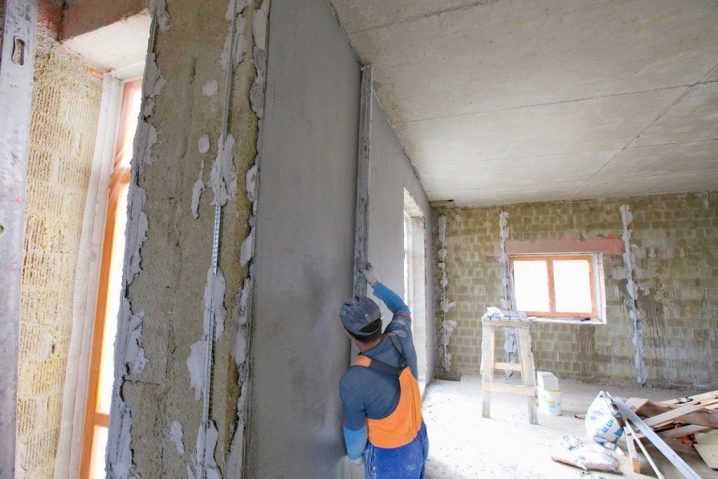 To no doubt make a decision to putty or plaster, see the following video.

Features of the dry mix M300

Vetonit: description and characteristics of products

Masonry mixes: types and their features