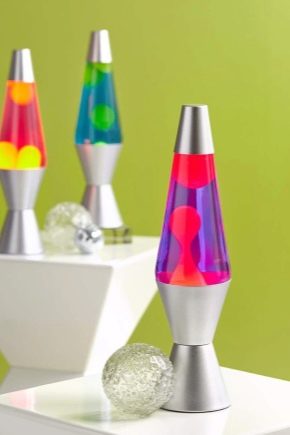 Lava lamps can be called "relics of the 60s" or "hippie home accessories." For half a century they have decorated the British interiors with their not strong, but stunning light. It was in Britain in 1963 that the first sales of these “pieces of magic,” as they were originally called, began. Since then, millions of models of this invention have been sold worldwide.

“Lava lamp” is a lamp with bubbles floating inside. These lamps with their bright colors and fanciful movements of bubbles have gained immense popularity in Britain in the 60s of the XX century. The British "generation of love" caught the connection between the unpredictable nature of the lava flow and the spirit of those decades.It was the time of Carnaby Street, the Beatles and the beginning of space exploration. The first model was made in the form of a rocket and was called Astro Lamp.

After the Beatles drummer Ringo Starr bought one of these lamps, its sales began to number in the millions. And they grew up after Ringo Starr starred in the popular British film Doctor Who. At that time, the advertisement declared the lamp a wonderful gift "for its relatives, friends and, damn it, for itself."

The idea of ​​its creation is attributed to Edward Craven Walker, who in 1948 drew attention to the timer for boiling eggs at a bar in Hampshire (England).

The timer was a glass vessel with water and a piece of wax. This vessel was placed in a pot of boiling water, where the egg was cooked. When melted, a piece of wax began to move quickly in the bottle, which indicated that the egg had cooked.

The device was patented by a man named Dunnett, who had already died by that time. Walker was thinking about the possibilities for further development of this design. The product he presented included a light bulb that provided heat to melt the wax.He began work on this project in the second half of the 50s with Crestworth, located in Dorset, England.

In the final draft of Walker, the mixture that was placed in the jar consisted of oil, wax, and more than a dozen other ingredients. The composition of this mixture has been patented. The mixture was placed in a glass jar on a gilded stand. Available colors for "lava" included red or white, and for liquid - yellow or blue.

In 1963, Walker set up a lamp manufacturing plant in Pula, England, called Crestworth, Ltd. The following year, at an exhibition in Hamburg, American leaders bought the rights to manufacture them in North America.

Sales began to slow down in the 70s, but Walker continued to control the business until the 80s. In 1995, this business was bought by an entrepreneur named Cressida Granger for her company Mathmos. Mathmos restored the popularity of lava lamps, whose sales grew from about 2,500 units per year in the 80s to more than 800,000 in the late 90s.

Mathmos is the only official manufacturer of Lava Lamp in the UK. And still, despite the decline of British production, when many famous brands disappear or transfer production to countries with cheaper labor costs, Mathmos remains at its plant in the south-west of the UK, still using the famous Craven-Walker formula.

According to many ordinary people, the magic and popularity of this lamp is associated with the movement of the lava inside the lamp. The unpredictable nature of its flow, in which light and chaos are mixed, attracts people.

A lava lamp is a lamp containing colored oily liquid that flows up and down and resembles molten lava. As the liquid rises and falls, it changes shape and turns into globules of different sizes, which gives a magical effect due to the constantly changing patterns.

The main components of the lamp:

How does it work?

The lava effect is due to the interaction of fluids inside the lamp. These fluids are selected on the basis of their density so that one of them floats freely in the other. In addition, they are selected on the basis of their coefficient of expansion, so that when heated, one of them rises or falls faster than the other. When the heat from the bulb heats the heavier fluid at the bottom, it rises to the surface.

By the time the lava reaches the top, it begins to cool, becomes denser and sinks to the bottom. When the lava descends, it approaches the light bulb, heats up again, and the process repeats over and over again, creating a constantly changing pattern of waves of color moving up and down inside the glass.

Lava lamps are available in different colors, sizes and styles. The original Century model, which is still being produced, was the most popular model in the 60s and 70s. In this model, the gilded base is perforated with tiny holes that mimic starlight, and the container is filled with red or white lava and yellow or blue liquid.

Decorative floor lava lamps - a real pleasure for lovers of modern design. They are a combination of functionality and stunning lighting. The moving light looks exceptionally beautiful and brings an exotic atmosphere to the décor.

A fun and attractive lava lamp for children can help those parents who want to create not just a nursery, but a room that their children will enjoy. Children of different ages like to watch the fascinating dance of multi-colored bubbles.

Many children are afraid of the dark, and the lava lamp is an excellent means of dealing with nocturnal fears. Examining the red hues of lava reduces eye strain, relaxes the child and helps him gradually fall asleep.

As for the height, the most common range of this value is from 35 to 75 cm. There are other lamps, both larger and smaller, but this range is the most common. In addition, there are so-called giant floor lamps, whose height reaches 1 m or more. They really look amazing and add a magical glow to any home.

However, it is important to remember that in the case of a large lamp, it takes more time to heat and flow the lava. Sometimes it is possible to admire a large lava lamp in all its glory only for a few hours.

In addition, large lava lamps emit quite a lot of heat.Consider this fact when choosing a place to place.

When choosing a lava lamp, the choice of color is crucial:

You will endlessly turn and turn the lamp to look at the colors dancing with each other again and again! 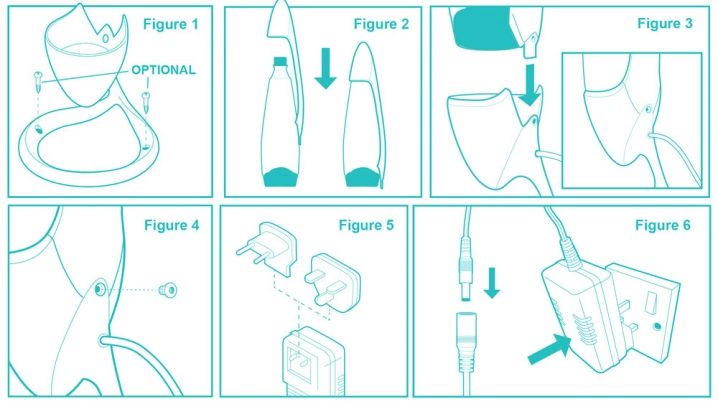 How to make a lava lamp with your own hands, see the following video.