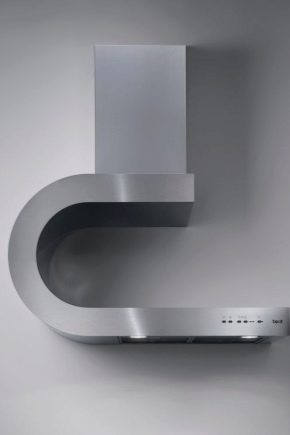 Today, the market of household appliances and various products for the kitchen offers a fairly wide range of hoods, and choosing a model that will meet all the requirements will not be difficult - you just have to go through several shops. However, if you need to buy a product that will regularly serve for many years, then the best choice would be products from reputable, reputable manufacturers. Among its price segment, exhaust technology manufactured by Best is particularly prominent.

A characteristic feature of hoods from this manufacturer is that this technique successfully combines impressive technical characteristics and performance.For this reason, almost every hood from this company will not only complement the functionality of the kitchen, but also effectively emphasize its stylistic features. It is also important that this company produces equipment in the budget price segment - such hoods are more than affordable.

The Best company is an Italian manufacturer of equipment that began producing hoods in the late eighties of the last century. Currently, hoods of this brand are in great demand all over the world due to the impressive design and low noise level. In addition, compared with other manufacturers of similar devices, this company produces devices with a design that can fit into almost any environment.

Two years after its discovery, the company bought a small factory called Electromec, which specialized in the production of high-quality motors. Currently, they are used not only in Best hoods - they are also purchased by many other well-known manufacturers in Western Europe.

In the early nineties of the last century, the company began to actively explore new markets, in particular, the US, which became possible after joining the Nortek concern.Today, representative offices of this company can be found not only in the cities of Western Europe and in the States, but also in the Russian Federation, Canada, Australia and many other countries. The demand for products from this brand is explained not least by the fact that it constantly introduces innovative technologies into production, for example, autonomous control systems using a special sensor, an effective sound insulation system and special high-quality perimeter-type filters.

Back in the early nineties, Best launched the production of decorative hoods., whose design is made in accordance with current trends in the design of kitchen interiors. Today, in the assortment of this manufacturer, you can find a huge number of similar models, due to which you can easily decorate your kitchen with high-quality exhaust appliances. In one year, the company produces more than two million hoods and even more motors.

Kitchen hoods, produced under the Best brand, are distinguished by extremely high productivity, due to which they effectively show themselves even in large apartments - they can be used even in studio apartments, where there is a very large area of ​​pollution.Such equipment can clean the air very quickly, as well as eliminate the odor from the room that is distributed during cooking.

Almost all the hoods of the assortment range of this company can be divided into two categories in accordance with their design. This is the Best Living lineup and a series of exhaust technology called Best Platinum.

Best Living range hoods are modern kitchen appliances of all types available today. These are embedded and wall models, telescopic and flat hoods, angular devices and island-type devices. From the very beginning of this company, all new devices with extended functionality and stylish design are constantly coming to this model range.

The functionality of the hoods of this line includes effective perimeter filters, remote control modes of operation and cyclic mode, automatic shutdown timer and lamps based on LEDs. Such hoods are able to function in two modes: withdrawal and recycling, which makes this technique as efficient as possible. It is also worth mentioning such a weighty advantage of this line, as a spectacular design, made in accordance with all current trends.

Among the Best Platinum product range you can find both built-in and wall models, as well as ceiling and corner hoods. The technique of this model range focuses on minimalism, which emphasize intentionally simple forms, the same simple controls, low noise levels and calm colors of the design.

The exhaust equipment of the Best Platinum series also has a number of other advantages, including:

Expensive exhaust devices manufactured under the Best brand are distinguished by the highest quality and performance among their counterparts on the market. Nevertheless, for small or medium-sized rooms, where there is no need for intensive cleaning and constant circulation of air masses, the device of the lower or middle price segment will be enough.

In the kitchen hoods of this manufacturer there are a variety of control modes. Marketers say that at present consumers are less and less buying exhaust equipment with controls made in the form of sliders or sliders, which are located at the bottom of the device. This state of affairs can be explained not only by the simple inconvenience of use, but also by far the most stylish appearance, because such panels become very quickly contaminated.

On the other hand, the sensory elements of control and management are distinguished by an increased usability.However, in some cases, they can fail due to sudden power surges. Based on all of the above, the optimal choice will be the devices in which the pseudo-touch type of control of the hood is implemented - they are not only extremely reliable and easy to learn, but also practically not clogged.

When buying a hood for your kitchen, you must choose not only on the basis of ease of operation, device type and color solution. It is very important to choose an exhaust hood with the correct capacity according to the size of the room where it will be installed.The easiest way to choose the right exhaust equipment for the kitchen is to simply multiply the volume of the room by twelve. The result is an approximate figure of power - just such a hood should be bought according to the instructions.

If the kitchen often prepares products such as fish or meat, or any other ingredients that emit a significant amount of moisture during heat treatment, then you need to choose a device with increased performance. The Best product range includes such devices, they effectively clean the air from steam and eliminate any odors, even the most resistant ones.

When the hood works indoors, pressure inevitably decreases in it. The pressure indicator needs to be leveled, which is achieved through the inflow of air masses. The main thing is that the source of fresh air is not another point of air pulling. Such a point could be, for example, a burning fire, in an apartment or house it will most often be a fireplace or a gas-type heater.

In most cases, the preferred mode of operation of the Best hood will be to vent air when it is discharged through the ventilation system to the shaft.Then the fat will settle on specially designed for this filter, and extraneous odors and unnecessary evaporation will go through the ventilation directly on the street. Grease filters should be cleaned regularly; the easiest way to do this is with a simple dishwasher.

If there is no possibility to use the kitchen hood in the drain mode, it can function in the air recirculation mode. In this work, in addition to filters for fat, you will need to install special filters on a coal basis. In the process of recycling, the fat will first settle on the fat filter elements, and then the air will flow into the carbon filter element. There is a cleaning, after which clean air enters the room. In recirculation mode, the hood works about thirty percent less efficiently. But also carbon filters cannot be cleaned, after a couple of months they will have to be replaced.

Thus, the air exhaust mode shows itself more efficiently, however Best hoods produced by Best production show themselves well in the recirculation mode. Reviews indicate that the air will be clean even when using carbon filters.

See the video review of the kitchen hood Best below.

Choosing a hood that is built into the countertop

How to install the hood in the kitchen?

Characteristics, types and use of rivets

How to choose a motor for exhaust?

Akpo hoods: characteristics of models and features of use