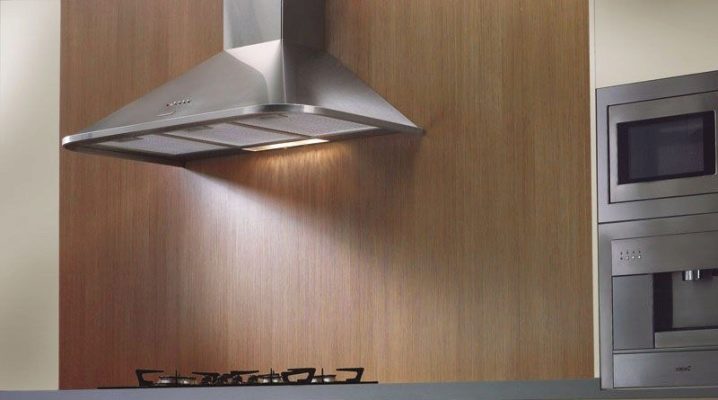 Most housewives install hoods in their kitchens, because they make the process of cooking much easier, struggling with harmful soot and fatty particles. But while many do not know what kind of hood to buy. It is worth considering the kitchen equipment from the company Cata.

Spain is a country that manufactures hoods company Cata. Today, the plants of this company can also be seen in China and Brazil. Most of the kitchen equipment produced by the company belongs to the middle price segment. Such devices are manufactured using the most modern technologies. The reliability of these kitchen appliances is confirmed by all European quality certificates.

It is worth considering the most common patterns.

Today, the manufacturer manufactures two similar models at once - the Podium 500 XGWH and the Podium 600 XGWH. Their main difference is that the first model has lower pressure exerted by sounds. And also its price will be slightly different, it will be higher than that of the second device.

Before buying a suitable hood, you should definitely pay attention to customer reviews and the main technical characteristics: power, type of lighting, performance. And also it is necessary to take into account the peculiarities of the room in which the equipment will be installed. If you need a hood for the kitchen, it is worth remembering that the larger the area of ​​the room, the more powerful the device must be, otherwise the air exchange will not cope with odor and fatty particles.The size of the device is better to choose commensurate with the area of ​​the cooking surface.

When choosing, we should not forget about the decorative function of the hood, because sometimes the selected device can completely spoil the entire interior of the room, make it ridiculous and ugly.

In each set to the hood is a detailed installation instructions and an electrical circuit containing a sketch, which shows all the wires by color and the resistance between them, the motor, the speed switch. First you need to bring the air vent to the external ventilation system, and its diameter should be correctly calculated. A round or square air vent is installed, which can be done with a special sleeve, then a filter should be attached. Make it simple, because it does not need to be connected to the ventilation shaft.

After that, you can begin to install the hood itself, while you need to accurately calculate the height above the cooking surface and hang the equipment. To do this, it is necessary to fix the hood fastening to the wall, then connect the device to the air exhaust system and make electrical connection, while it is better to foresee the wire in the room and hide it in the wall.

Some consumers are faced with the fact that the hood just does not turn on. Then you should check the operation of the switch. To do this, take a tester and ring out this mechanism, the power cord and connecting conductors. If there is no contact in the switch when turned on, the problem is exactly in it.

Hood may not turn on and because of the breakdown of the electrometer. It’s better not to fix it yourself. In this case, it is better to buy spare parts (in this case, the engine) and completely change it.

Sometimes consumers notice that the hood can not completely remove all food odors and get rid of particles. In this case the air vent is contaminated. To fix this, you can simply clean it. Residents of apartments is better to hire specialists. Also, such a poor functioning of the exhaust device may be due to a malfunction in the switches or buttons (in this case, the mechanical block of buttons should be disassembled). Similar faults occur after the terminals loosen and need to be better fixed.

Often in the hood breaks lights. Then replace the lamps. To do this, you need to remove the aluminum filter and unscrew the faulty elements, then you can screw in new parts. Be sure to install the filter after this.Before you change a light bulb, you should pay attention to what type it is. If it is halogen, then you should definitely make a replacement with special gloves, since potozhirovye traces can damage it. If an LED source is used, the lamp wiring should be disconnected. These spare parts can also be bought in specialized stores.

Review the Cata hood in the next video.

Purpose and features of the use of carbon filters for exhaust

How to calculate the distance from the hood to the plate?

Features hoods without exhaust in the ventilation for the kitchen

Hood Gorenje: a review of models and causes of breakdowns

How to repair the hood?

Features of filters for exhaust